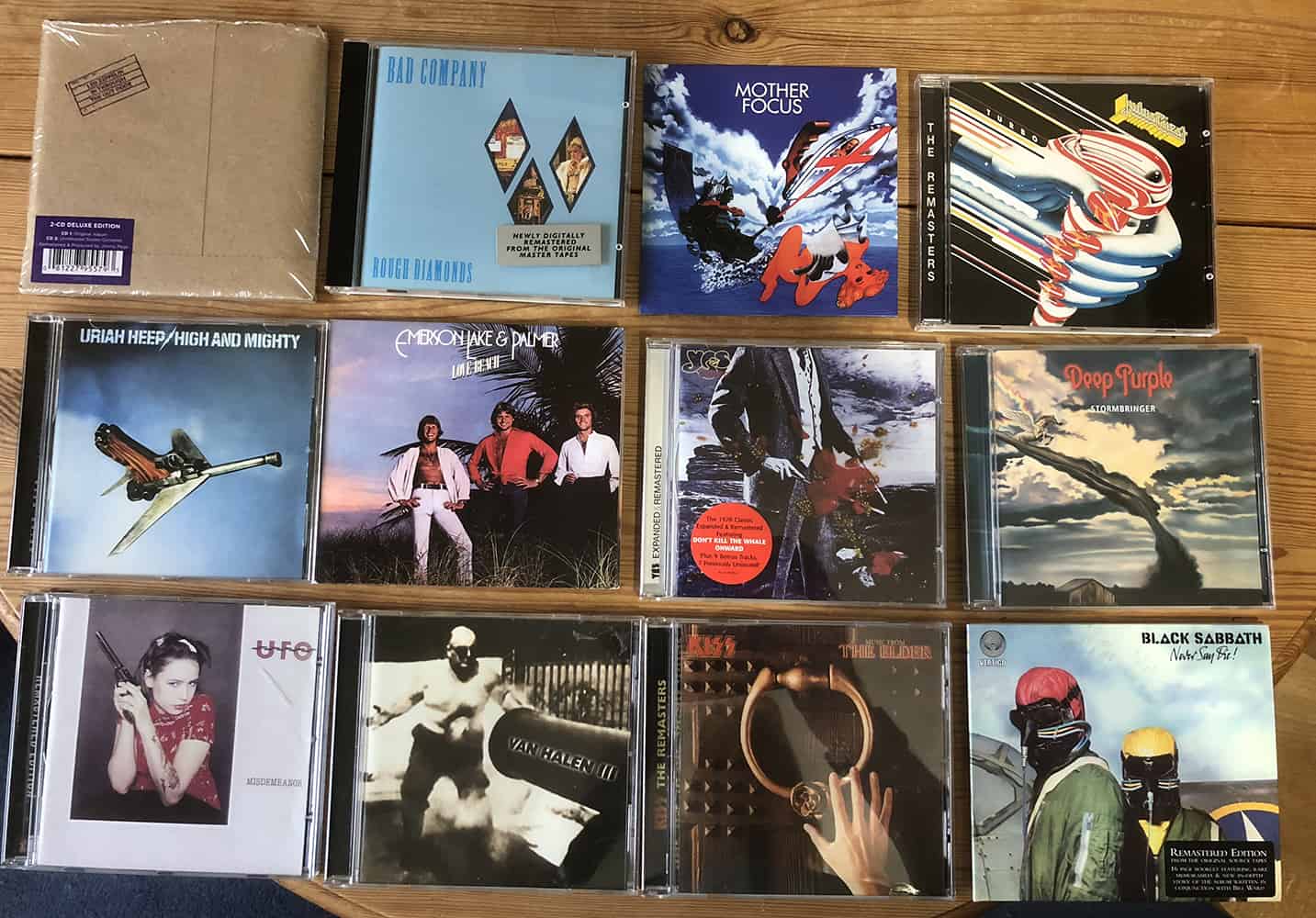 12 Albums That Divided Opinions When They Were Originally Released

Sometimes our heroes try something different. Perhaps inspired by new members, new ideas, internal conflict, drugs or just bad judgment.
These are my choices and opinions. If you can think of any others (not very hard) please post them in the comments.

Then: Physical Graffiti is wasn’t and apart from the opening track ‘In The Evening’ it was all downhill from there. With punk and the NWBHM about to arrive Zeppelin sounded old and past it.

Now: I have grown to like it. It’s not their best but I can appreciate it more now. Especially ‘ Carouselambra’.

Then: I wanted so much to love this, being such a big Free and Bad Co fan. Electricland is one of their best tracks and Racetrack features a typical Paul Rodgers inspired fade out.

Now: Love it – bit more country rock in places but I play this a lot.

Then: Focus had previously released ‘Hamburger Concerto’ a total PROG classic, each album had been better than the previous one. Then this happened. It sounded like they had been stuck in a lift together and invented the term ‘lift muzac’. ‘I Need a Bathroom’ was one of the tracks, and that’s how I felt.

Now: It’s still weak and I put this on as background music.

Then and Now : Love it. At the time Priest fans thought it was the end of the world. I loved the new sound the quality of the songs. This is one of my fave Priest albums. Some of the tracks are almost pop metal but the production and delivery is 10/10

Then: I ignored it. The reviews savaged it so I moved onto other things. Rainbow Rising was out, this sounded like a band in freefall.

Now: The best solo album Ken Hensley ever made. Time has been very good to this album. John Wetton sings lead on the opening track and the production and songs are very good. It is not a heavy metal album and was too much of a departure for many people. Now it is one of their best albums and if you have an image of Heep as being one dimensional it is well worth a listen.

Then: The cover told you everything you needed to know. It was in the cut out bins for years following the release.

Now: There are a couple of tracks that are worth discovering but it is still a low point in their output.

Then: The expectation was huge. Going For The One in the previous year had introduced Yes to a whole new audience. It is in my top 3 Yes albums. The disappointment when this arrived was palpable.

Now: It’s weak, Steven Wilson is unlikely to be able to save this. Very rarely played.

Then: People hated it. Burn was a classic then appeared just six months later and seemed like a different band. I got my first copy because a mate at school gave it me in disgust.
People laughed at school if they knew you had it (really)
I always loved it!

Now (and then): Classic Purple for me. each member shines. Even Blackmore plays well. The vocals are great and it gets played a great deal. The remaster with the 5.1 mix is fab.

Then: A bit of a love hate thing with UFO fans, but I liked it. It’s a great AOR album. I don’t think Phil Mogg wanted it to be called UFO but the label insisted.
(I don’t think the cover helped at all)

Now: A lost classic. Phil Mogg is in fine form. The lead guitar is over busy but this was 1986 and everyone played at 1000mph.

Then : Awful, dreadful – what was Eddie thinking of.

Now : Awful, dreadful – what was Eddie thinking of.

Then: I never actually heard it at the time – rumours around the pubs and clubs told me to avoid it at all costs.
1981 was not the time to release something like this!

Now: It very misunderstood and it is a very clever album. A concept album that as much as Kiss say they hate it, more and more fans are coming forward to say they love it. It’s very cool.

Then: I knew something was wrong when I heard the single ‘Hard Road’ It sounded like a Quo outtake. Then a mate played it to me and I just thought it was dreadful. They were destroyed on tour that year by Van Halen and after the awesomeness of Technical Ecstasy (yes I love that) this was dire. I never bought it until 2008.

Now: I still see it as their weakest album. Some people say it’s not Sabbath without Ozzy. It was not Sabbath on Never Say Die. It would take the Heaven & Hell album and tour to relight my passion for the band two years later.

I have concentrated on rock bands here but please share any genre.
Thanks
Phil