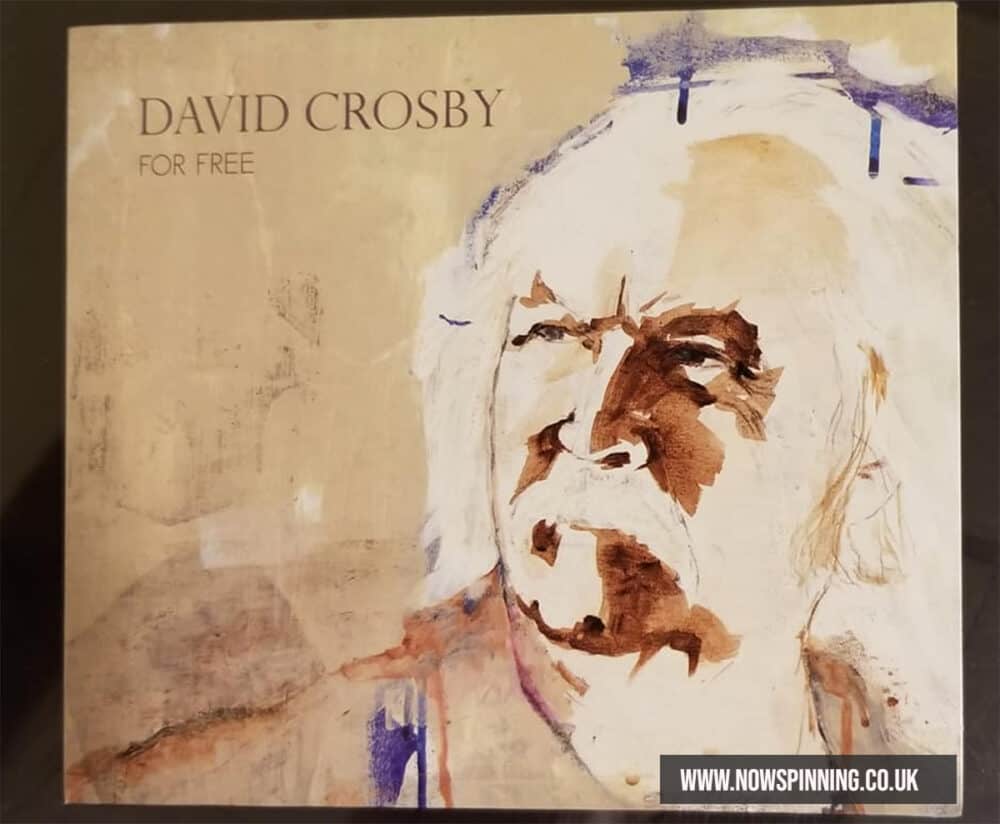 For Free is the newly released album from the legendary David Crosby.

It’s another finely crafted episode in David’s amazing five-album journey since 2014’s Croz, making this, by far, his most prolific solo recording era. He only released two more solo albums until Croz, after 1971’s classic If I Could Only Remember My Name, which will soon be the subject of an exciting 50th-anniversary reissue, with bonus material and extensive liner notes by his close friend Steve Silberman. For Free has some stylistic contrasts with the previous quad of most recent Crosby offerings. It’s broadly a sunnier, more uptempo, less contemplative and arguably more mainstream song set.

Even this far in the game, I detect a growing sense of confidence in David’s performances and songwriting, possibly arising out of the prolific last few years of studio work.

We are, after all, talking about one of the finest artists of the past seven decades. Remarkably that’s how long David has been around the scene.

Things haven’t always been so straightforward in his personal life of course. David has admitted in interviews that those wasted years lost to substance addiction are his biggest regret. Well, he’s more than making up for lost time now, with an amazing late bloom of astonishing creativity and consistency.

Inevitably, there’s never a shortage of artists lining up to work with David, including his notable collaborations with young musicians like Snarky Puppy leading light Michael League.

League doesn’t make an appearance on For Free, which is entirely logical as there’s clearly a sense of different, perhaps more mainstream, musical objectives on this occasion. So here we have the rather radio-friendly opening track River Rise featuring Michael McDonald, who also has a co-writing credit, along with Croz’ son and former CPR member James Raymond, who features extensively throughout the album. Recorded at three Californian studios, with some of the mixing completed at Hollywood’s Sunset Studios, the production is exquisite, with expert mastering by Bernie Grundman.

This is very evident on the pacy next track I Think I, which features a wonderful soundstage with each instrument in its own palpable space. By the time we get to the brilliant James Raymond composition The Other Side Of Midnight, it’s clear that we are being treated to something really special here. Unbelievably, David, who turns 80 next month, has never sounded more on his game. It’s so thrilling to witness this. As if all that weren’t exciting enough, the Donald Fagen/Crosby/Raymond penned Rodriguez For A Night would grace any Steely Dan record you care to think of. David is a massive fan of the band, so it must have been a special thrill to have put this track together.

Those Crosby vocals remain such a precious jewel and Secret Dancer provides another showcase for this unique instrument that has helped to define great music for so long.

Ships In The Night isn’t a cover of the celebrated Be Bop Deluxe track. Instead it’s a Crosby composition that features Steely Dan’esque guitar leitmotifs and and another stellar vocal.

David has, of course, a long and storied history with Joni Mitchell. They had a brief affair at the time he produced her debut LP Song To A Seagull and he has remained a staunch supporter and admirer of her unparalleled genius.

It’s maybe no surprise that the title track of For Free is the marvelous song from Joni’s 1970 album Ladies Of The Canyon. Here it’s a duet with Texas songsmith Sarah Jarosz. While it’s not a million miles from the original arrangement, it still manages to shed new light on a classic.

Boxes is another James Raymond song that has quite a mainstream smooth rock presentation but with those signature Crosby twists and turns. If singles were still an important component of record promotion, this is one of a bunch of tracks on For Free that would merit their own release.

The penultimate offering Shot At Me scales things down a touch, starting with just David and an acoustic guitar recalling an encounter in a coffee shop with a Middle East vet, who imparts his life lessons and experiences on the front line. Moving. I Won’t Stay For Long, featuring a count in by Brian Wilson, sees David considering his mortality against an exquisite sonic backcloth. It’s a beautiful way to end the album with a sense of thought-provoking gravitas.

We are all familiar with the fractious relationships that likely mean we’ve seen the last of CSN&Y and its variations. But yet another astounding release from the Crosby corner is both life-affirming and a hugely rewarding listen. Be sure not to miss it. 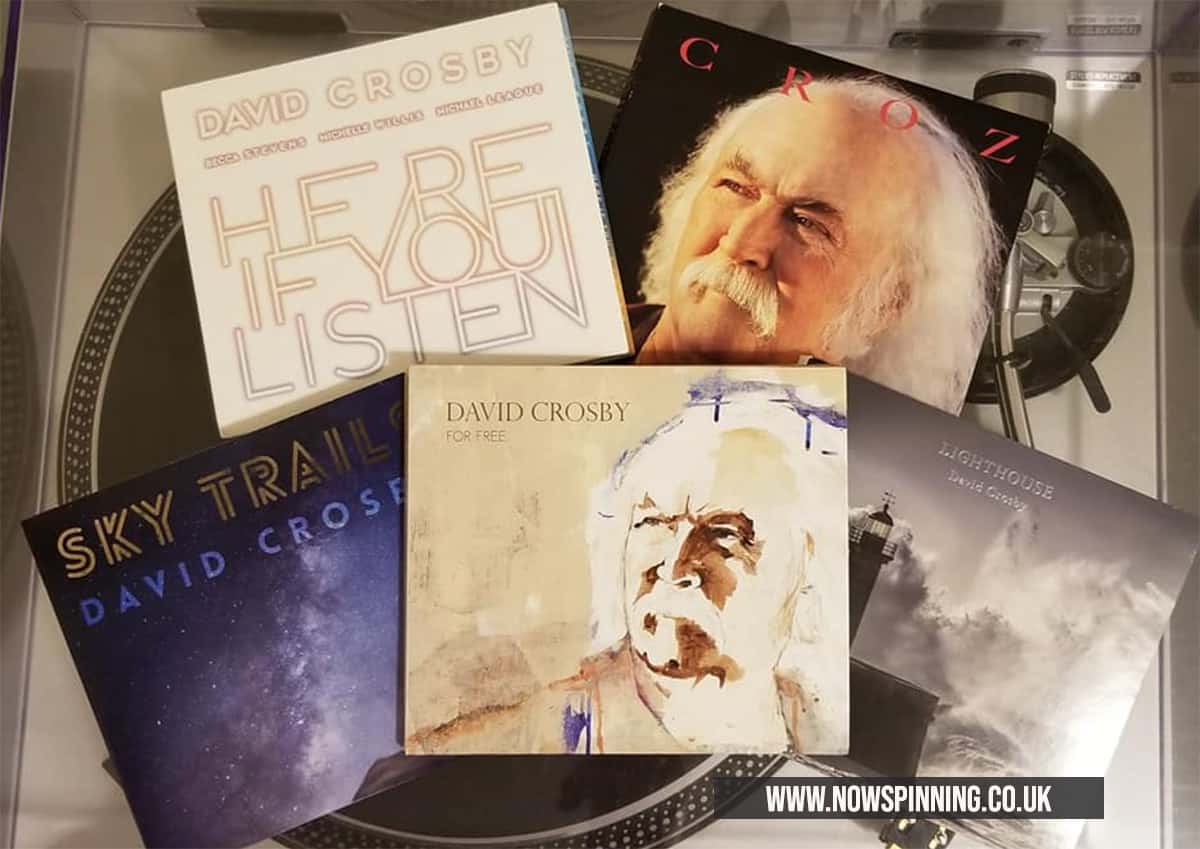