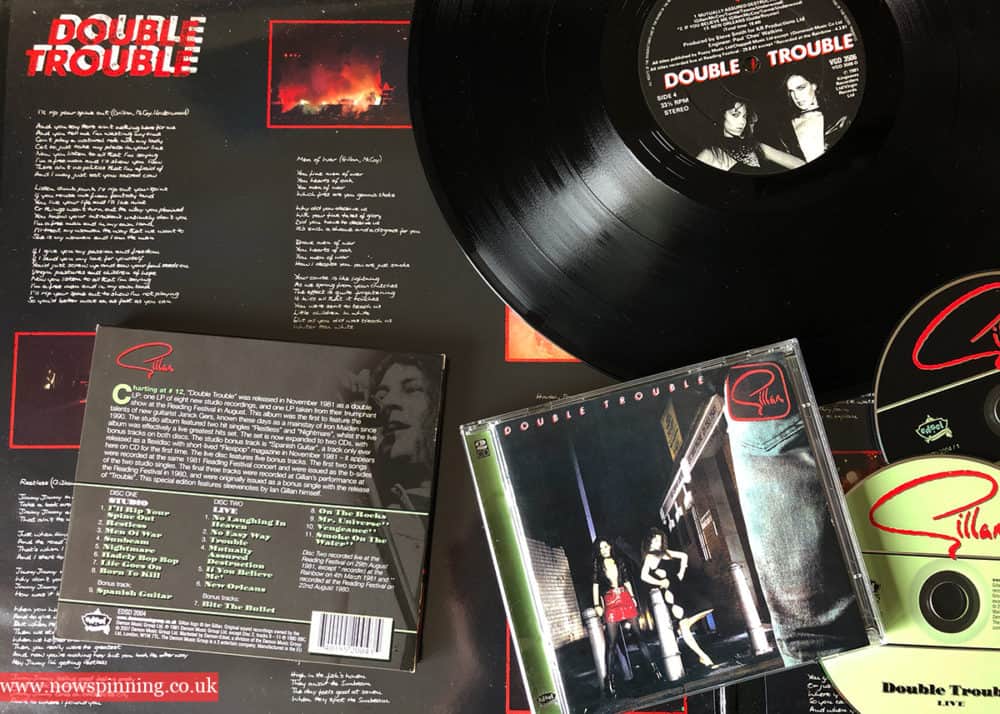 Gillan : Double Trouble : 1981
Even Ian Gillan was not sure about the sound of this album when he first heard the playback. Legend has it he threw it out of his car on the way home from the studio.

For me it sounded so polished compared with the Bernie Torme period of the band, I also thought it was a step backwards from where they had been heading.

There was an almost a punk/garage approach to the sound of those early Gillan albums. John McCoy’s production style was not going to get the band much airplay in the USA but in the UK they were in tune with the rawness and accessibility of the NWBHM.

This was also the first album to feature future Iron Maiden guitarist Janick Gers. I was not a fan as I had seen him in WhiteSpirit and just saw him as a Ritchie Blackmore clone. This was very unfair on my part as I also threw the same guitar shapes in the bands I was playing with at the time!

The album was a double and included a live album from the Reading Festival in 1981. I played this first as Gillan were always so exciting live. Boy was this disappointing, the sound was muddy and flat and I just missed the Bernie Torme sound so much.

Slowly I started to go back and play the studio album more and more and began to appreciate the songs and the production style.

The drum sound was actually better, in fact, a lot better. On the opening track, ‘I’ll Rip Your Spin Out’ illustrates this well and Gillan sounds like he means every word. ‘Restless’ and ‘Men of War’ follow and are great songs but it was ‘Sunbeam’ which closed side one that made me realise that Janick Gers was the perfect choice for the new Gillan band. This track features a great riff, vocal line and simply wonderful guitar solo, The guitar sound is his and the delivery is controlled, thoughtful and just perfect for the song. The solo over the fade-out is stunning. This is the track I still play often.

I had always looked for the Gillan / Towns writing credits as Colin Towns seemed to come up with the best songs. However, his name does not appear on the writing credits until the first track on Side two ‘Nightmare’ (which was the first single). ‘Hadely Bop Bop’ is ok but the final two songs ‘Life Goes On’ and “Born To Kill’ are classics.

‘Born To Kill’ is a typical Colin Towns epic composition, A natural follow on from ‘Fighting Man’ and ‘On The Rocks’ it starts with solo piano and just builds over threes parts. Each part becomes more powerful and then faster as the song reaches its climax. The song is 9.29 mins of sheer excellence.

If you are a fan of Ian Gillan this is an important part of his story. 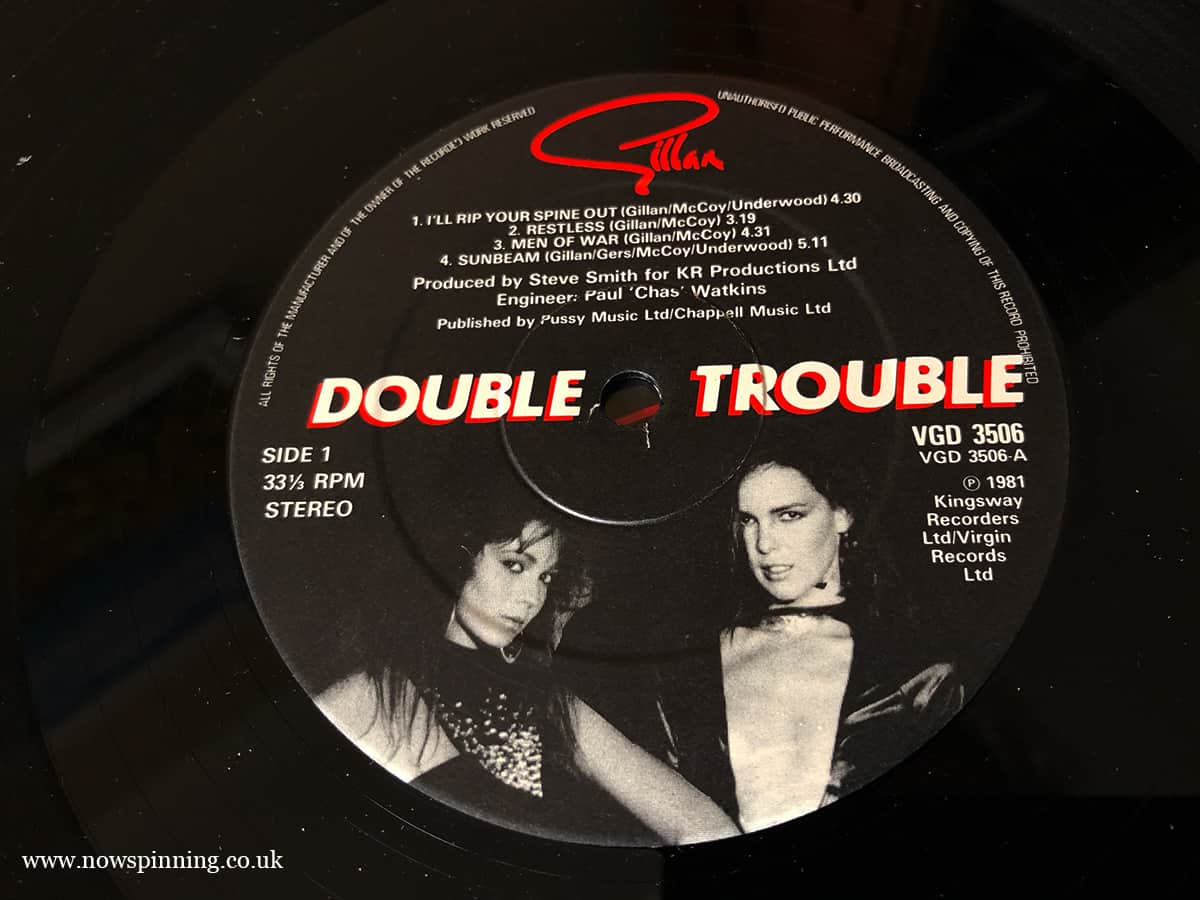