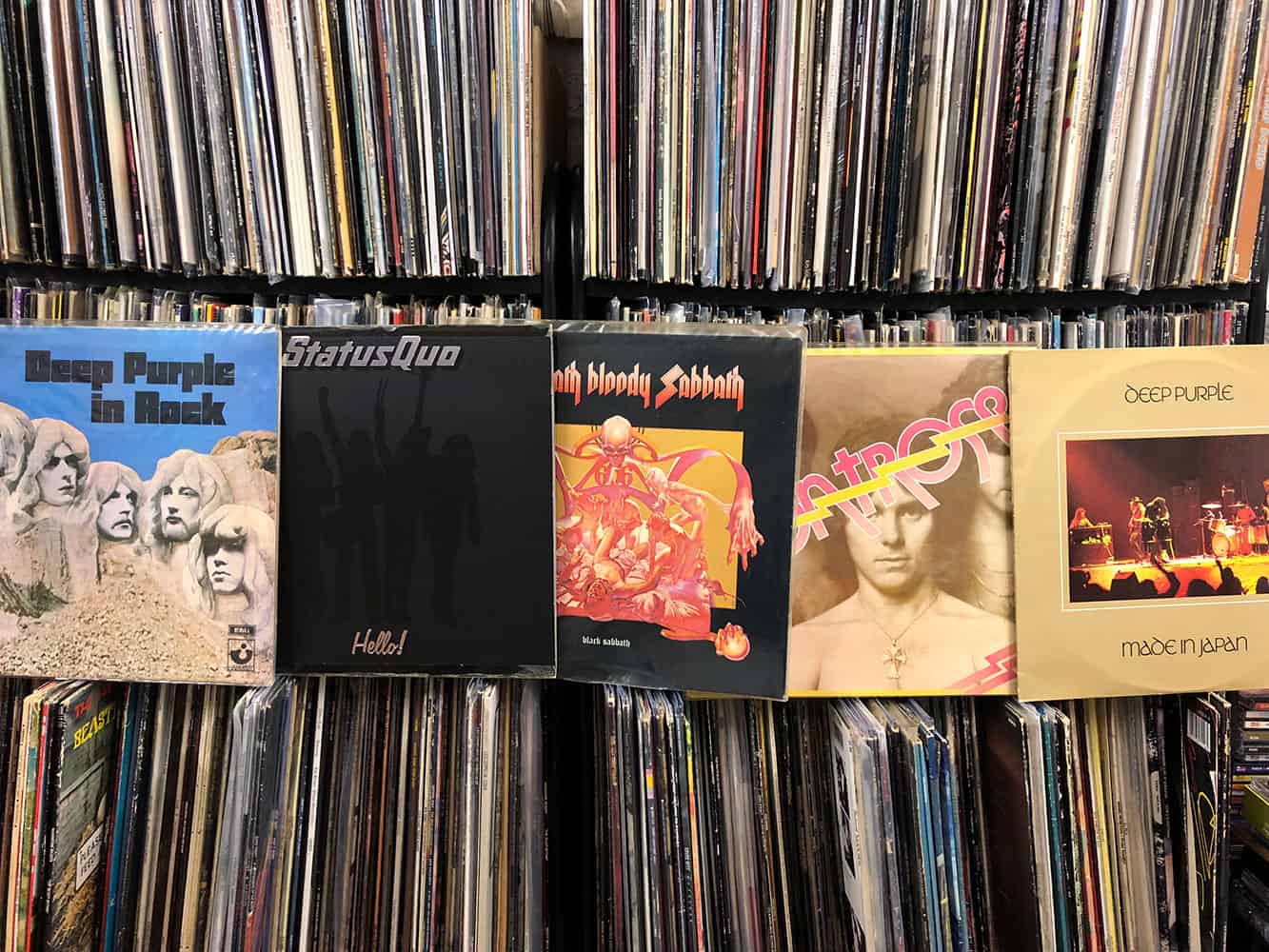 Record Collecting – How It All Began

Music started to filter into my life in the very late 60s. The time I was about 10 it was via a track at a time. The Beatles ‘Get Back’, Rod Stewart with Maggie May in 1971. It is 1972 where music started to really take hold. I would record the latest singles onto my new cassette deck. In 72 I was really into Slade, T-Rex, The Sweet, Mott The Hoople etc.

The first band I really loved was Status Quo, they seemed more serious than some of the pop stuff I was into. In late 72 I bought my first single ‘Back Off Boogaloo’ by Ringo Star and played it to death. It was Christmas 72 that I heard ‘Never Before‘ by Deep Purple and thought ‘that’s cool’. The older kids in school were into bands like Yes and something called Black Sabbath but I had not heard anything by them so was not that concerned.

A friend from over the road told me I should start to listen to more progressive music. This I understood to mean bands that did not have hit singles! He lent me Tarkus by ELP, For Your Pleasure by Roxy Music and Machine Head by Deep Purple. All the albums were on pre-recorded cassette, this was the common format then. Parents had record players and us kids had cassettes.

The thing to remember about cassettes is that the tracks were nearly always in a separate order to the vinyl version. I played a bit of ELP (didn’t get it) Roxy Music (didn’t get it) Deep Purple (got it in the first 30 seconds). Machine Head on tape starts with Highway Star, Smoke on The Water and Space Trucking. It was time to buy my first album and it was going to be Machine Head, except it wasn’t.

I went to Beattes in Solihull ( a department store which sold records) and asked for Machine Head on tape. They did not have it but had ‘Deep Purple In Rock‘. I knew nothing about this but the band were carved into the side of a mountain and there were songs called ‘Speed King’, ‘Blood Sucker’ ‘Flight of The Rat’ – I thought this will do. I got it home put in in my player and pressed play. If you know this album you know that ‘Speed King‘ starts with a cacophony of noise and feedback. The look of disdain on my Dad’s face told me I had made a great choice! It was 1973, I was 14 years old, that year would see Hello by Status Quo, Sabbath Bloody Sabbath, Montrose and Made in Japan entering my life.

My tastes grew as I followed different musicians around by the albums they played on. Tommy Bolin joined Deep Purple, I discovered Billy Cobham, Mahavishnu Orchestra, Mile Davis etc. Now I listen to everything from Classical Music, Folk, Jazz, Rock, Pop and good old Rock music.

My music collection is like a journal and my own personal art collection and it keeps growing.

Phil, I just discovered your web site and it’s great!