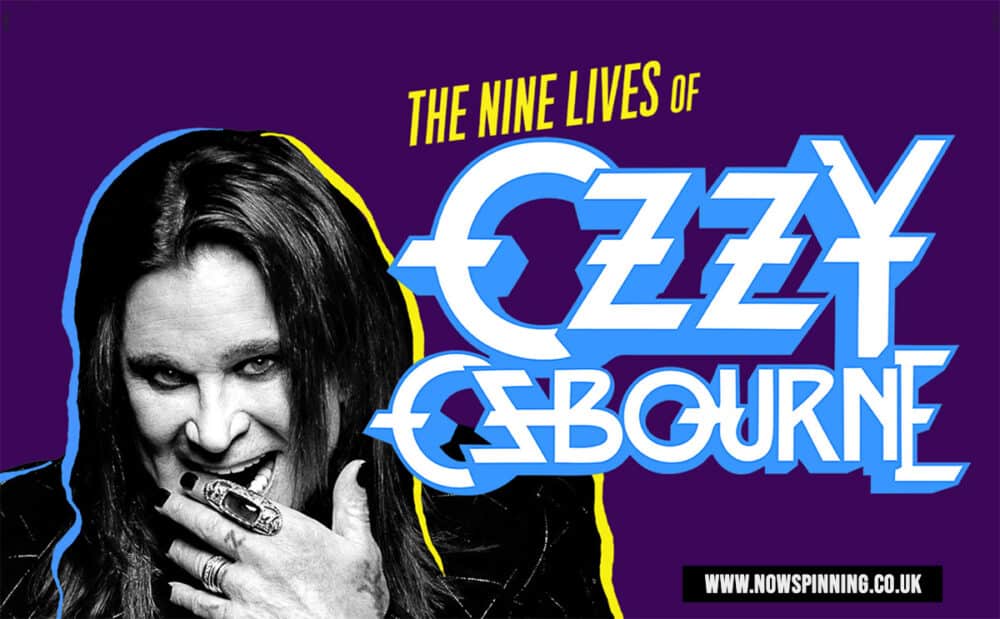 Even if you think this film is not for you, I believe you will enjoy it. Ozzy’s story is a true rags to riches story with more ups and downs in life than many normal people could probably cope with.

Ozzy Osbourne and his music have been supplying part of the soundtrack to my life since the early 1970s. As a teenager, it was all about trying to fit in, and being very shy and not good at sports, I always felt vulnerable. I was introduced to Black Sabbath’s Paranoid Album and it just spoke to me. Ozzy did not have what you would call a classic voice, it was a unique sound, it carried human emotion perfectly and it was instantly recognisable.  My Dad just thought, “who is that? He can’t sing!”

People just loved Ozzy, he was the singer in Black Sabbath, but he was also the main focal point. When he was sacked from Black Sabbath I remember it was the main subject of conversations in all the rock pubs in Birmingham. Even though his replacement, Ronnie James Dio, was an excellent vocalist and Heaven and Hell is one of Sabbaths finest albums, people still looked out for Ozzy, he was still the main focus. Rock fans just felt close to him, he felt like an older brother, he was one of us.

His bounce back with his first solo album Blizzard of Oz with Randy Rhoads on guitar just elevated him to a whole new level. His fans felt part of his success, he was theirs, Ozzy understood you, he was living your dreams and letting you be a part of his journey. The fact the album was also a full-on classic was just an added bonus. I saw him on that tour at The Birmingham Odeon, it was a real homecoming, he was sensational (as were the band).

I feel this love for him and his music has continued and has zero barriers to age, language or time. I recognise the same love for Ozzy that young rock fans have now, as I did back then. Ozzy was part of a band that created a whole new style of music and as the years have passed he has risen to the top of what we know as Heavy Metal and Classic Rock.

This film about Ozzy’s life is brutally honest and very much an emotional ride. It starts from his humble beginnings in Birmingham and takes in a visit to the small house he was brought up in. There are interviews with his sisters and brother. His job in the slaughterhouse is also mentioned. When he had the conversation with a fellow worker about getting a gold watch after 35 years he said “if I want a gold watch badly I’ll go and steal one!” It would have been so easy for him to follow a path of crime, as he did spend 6 weeks in prison for burglary!  What he did have was the drive to break out from his expected path, success was just around the corner.

After hearing the Beatles he bought a Mic and PA and placed an Ad in a music shop staying he was looking for a band. The band that found him would become Black Sabbath. It is amazing watching this early footage, did they realise they were creating a whole new musical genre? The track Black Sabbath still sounds ominously powerful now, back in 1970 there was nothing like it.

The film follows his journey through all the highs and lows, he talks about his first marriage and you can see he is still emotionally upset about how he treated her and his first children. Ozzy states he found it impossible to cope with loss or when love went wrong, he felt his only option was to escape through alcohol and drugs. He mentions how much the death of his Dad affected him, and then losing his position in Black Sabbath.

When Sharon found him he was a complete mess and there is no doubt that without her the story would have ended at this point. The film then moves into the full-on crazy period that was the 1980s including his love and loss of his musical partner Randy Rhoads and biting the head off a dove and then a bat! During this time he got married to Sharon, started a family and became one of the biggest stars in the world.

There is nowhere the film does not go and it becomes clear that behind the craziness and drink, Sharon was keeping everything afloat with a steely business sense that seemed to always pay off. Ozzy’s life basically went from periods of great highs to great lows. This is clearly documented when Sharon got her cancer diagnosis. Ozzy lost it big time and ended up in hospital himself after nearly dying in a quad bike accident. You really feel for his children who were caught with both parents in intensive care in different parts of the world.

As Rock fans, we all knew Ozzy, but he was to become a household name when he was beamed into living rooms around the world as part of the reality show ‘The Osbournes’. This is also covered with the strain it put on him and the whole family. I feel the show made him everyone’s favourite naughty uncle.

The interviews with Sharon and his children, who are now fully grown adults with their own careers, are also very honest and moving. I must admit, before this, I had very little time for Sharon Osbourne, but her love for Ozzy shines through, as does his love for her.

This is very much a love story about how love wins against all the odds. Even though the infidelity, the broken promises and the addictions, at the end of the day they both need each other, and without her, Ozzy would not have survived. Ozzy also talks about his recent health issues and Parkinson’s diagnosis.

The program to me is tinged with sadness, as it is obvious that even with all the clever editing that life is catching up with him now.

Ozzy is one of life’s true eccentrics. There is a story of him being seen walking around Birmingham in the 1970s with a brick on the end of a piece of string. I can verify this is true because I bumped into him doing just that by The Pen & Wig Pub! 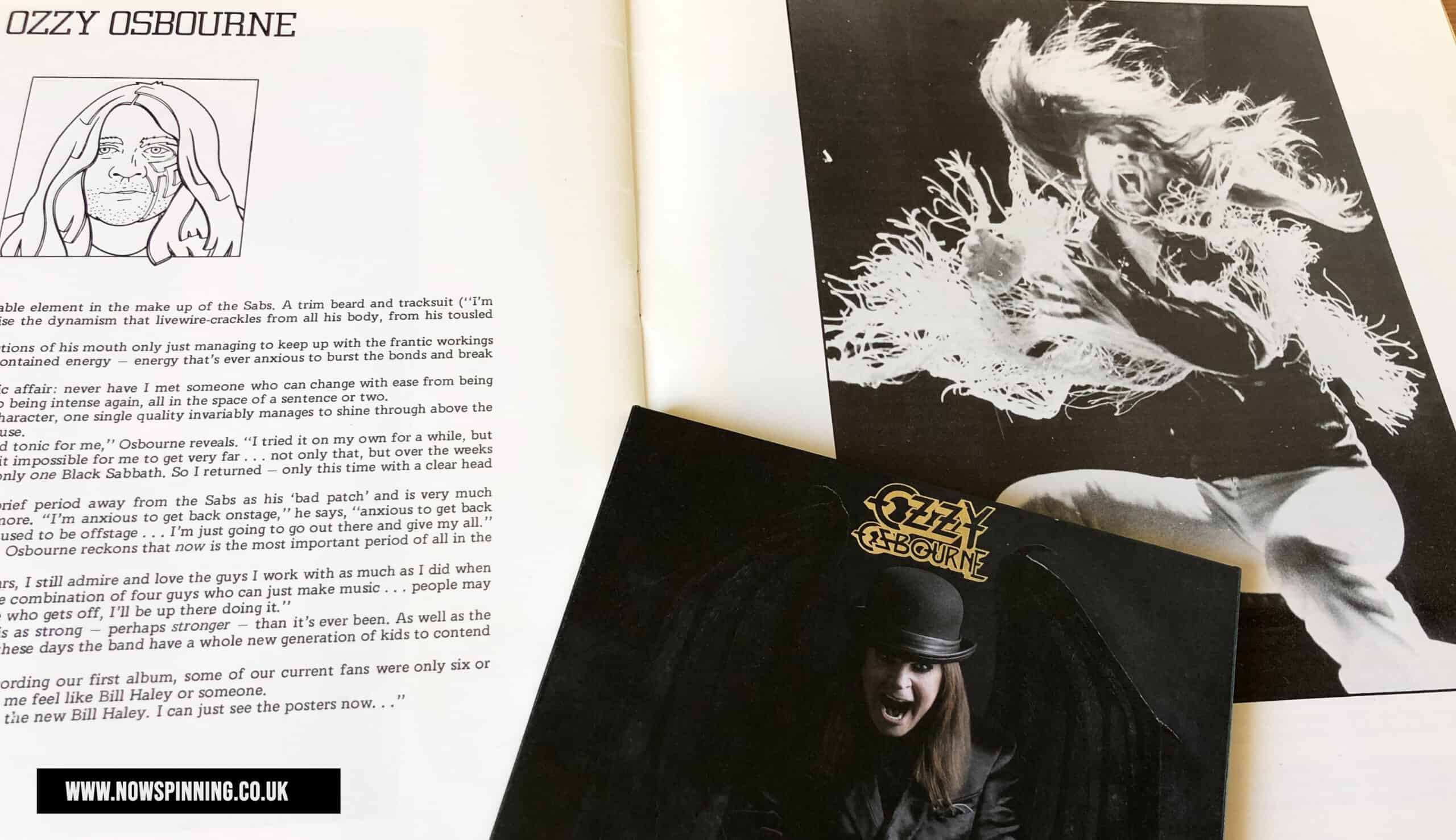