At first glance, this is an immediate purchase for me. Uriah Heep have always been seen to be outside of the holy trinity of classic British rock with Led Zeppelin, Black Sabbath and Deep Purple. This is unfair as they have constantly released outstanding albums and weathered many a storm. In fact, their more recent albums have been a real purple patch in quality and sound.

So this is an exciting opportunity to at last recognise the band by celebrating their entire career in one box. As a reference point, I would compare this presentation with Nazareth’s Loud and Proud and The Vintage Years by Wishbone Ash.

So with this in mind, there does seem to be something odd about the presentation. For instance there are just 19 CDs to include all their studio albums this means some are doubled up on one CD. You can see from the photo that some albums are not represented. This must be where exclusive re-imagined artwork comes from. I have to say as a lifelong fan this feels like a cost-cutting exercise which ironically will turn some collectors away.

Very Eavy is where it all started and has one of the most iconic album sleeves from the period.  Very Eavy Very Umble is on the same CD as Salisbury and they have merged the covers!  Wonderworld and High & Mighty and Abominog and Head First etc are also doubled up. This is such a disappointment and shows how out of touch the label are with the fans they are aiming this at.

The fact they have doubled up on the albums from the David Byron period as well is just ridiculous. Those early albums could have been in mini gatefold sleeves. This should be a celebration, not a half baked exercise like this. The other issue is that all the current remastered CDs came with lots of additional outtakes, live tracks and B sides, these are all missing from this box set!  How can you have a career-defining box set and not include these?  Extra CDs pulling all these together and an unreleased concert / DVD could have been included. If you are familiar with the Nazareth Box Set for example you can see this is a pale shadow of what could have been achieved.

The other 4CDs are compiled by the band members Ken Hensley, Mick Box, Lee Kerslake and Paul Newton as their favourite tracks. Each of these CDs contains tracks which are already included in the box! So you get at least 3 duplicate copies of July Morning.

Perhaps this is still being finalised but looking across the internet there is already a wave of disappointment in what is a real lost opportunity for this great band.

Here is the tracklisting (correct as of October 11th 2020)

Disc 2: Look At Yourself 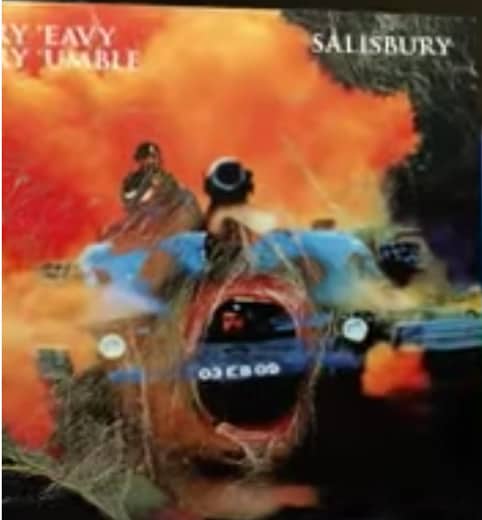 I do agree with Phil. My first feeling was great but as Phil says, the fact that some albums are dubbled on one Cd and that the the CD’S don’t contain any bonus will keep away from this box set. I own the Nazareth box and there is no comparison with this one. A disappointment for the fans.