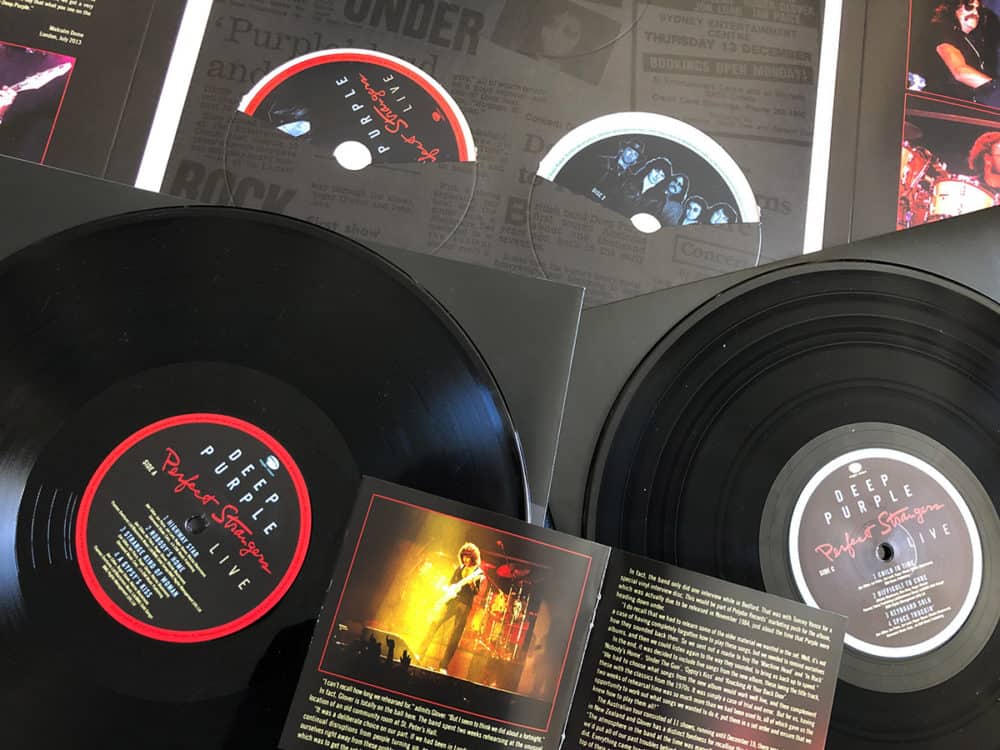 WOW. Now this was a good time for the British rock scene, when one of the greatest rock bands of all time reformed. And they looked, and sounded, all the better for being back after the break.

After several line-up changes and drug problems in the in the mid 70s, founder members pianist Jon Lord and drummer Ian Paice decided to break up the band, and 8 years later they got back together, this time with the monumental Mark II line-up that last recorded in 1973. Lord had been playing with Whitesnake up the start of 1984, Ian Paice with Whitesnake then Gary Moore, guitarist Ritchie Blackmore and bassist Roger Glover had worked together in Rainbow, while Ian Gillan had fronted both Black Sabbath and his own band Gillan.

The resulting Perfect Strangers LP received much acclaim and rightly so. I remember their sole UK performance at the Knebworth Festival (I was 15 at the time) and thought it fantastic. This live show, from Australia on the same tour shows just how good the band were (still are).

Opening with Highway Star, the band are full of energy, and Nobody’s Home goes down well too. Another classic is Strange Kind Of Woman. Ritchie plays an extended bluesy intro to Gypsy’s Kiss, and Perfect Strangers and Knocking At Your Back Door prove how good the new album was. The guitar work is fantastic, as is the guitar / keyboard (which was integral to Deep Purple’s sound).

Lazy sees a Paice drum solo (as well as some shred from Blackmore on the intro), and Child In Time gets a rare outing. Despite Gillan’s aging voice it works very well here. One of the chief highlights and surprises of the show is, however, Difficult To Cure. Annexed with Lord’s keyboard solo, the Rainbow reworking of Beethoven’s Ninth goes down a storm. An extended guitar intro, Blackmore looks in his element, but the most energetic is Ian Gillan, having his own private party on his congas.

The extended Space Truckin’ includes a guitar solo, while Black Night and Speed King are nothing short of thrilling and enthralling. Then there’s the show closer Smoke On The Water. ‘Nuff Said.

The energy and chemistry were right on, here, the band sounding fresh. This is as good as classic hard rock gets; 70s British rock for the 80s, and it’s still relevant, and still enjoyable.

The DVD may have limited appeal on its own, but the format options that mix both audio and DVD are pretty essential as a record of the era. Top marks for both classic music / performance and the importance of the documentation of this tour. 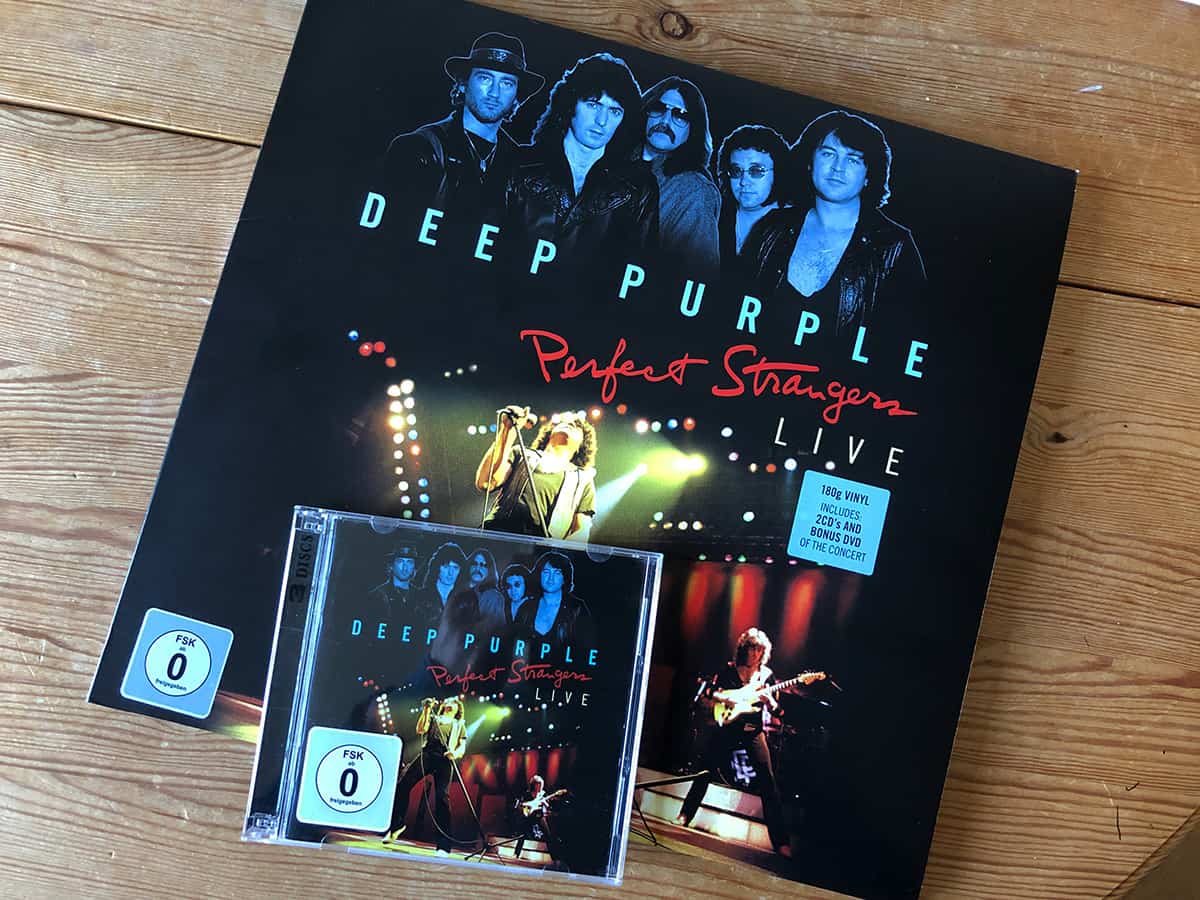 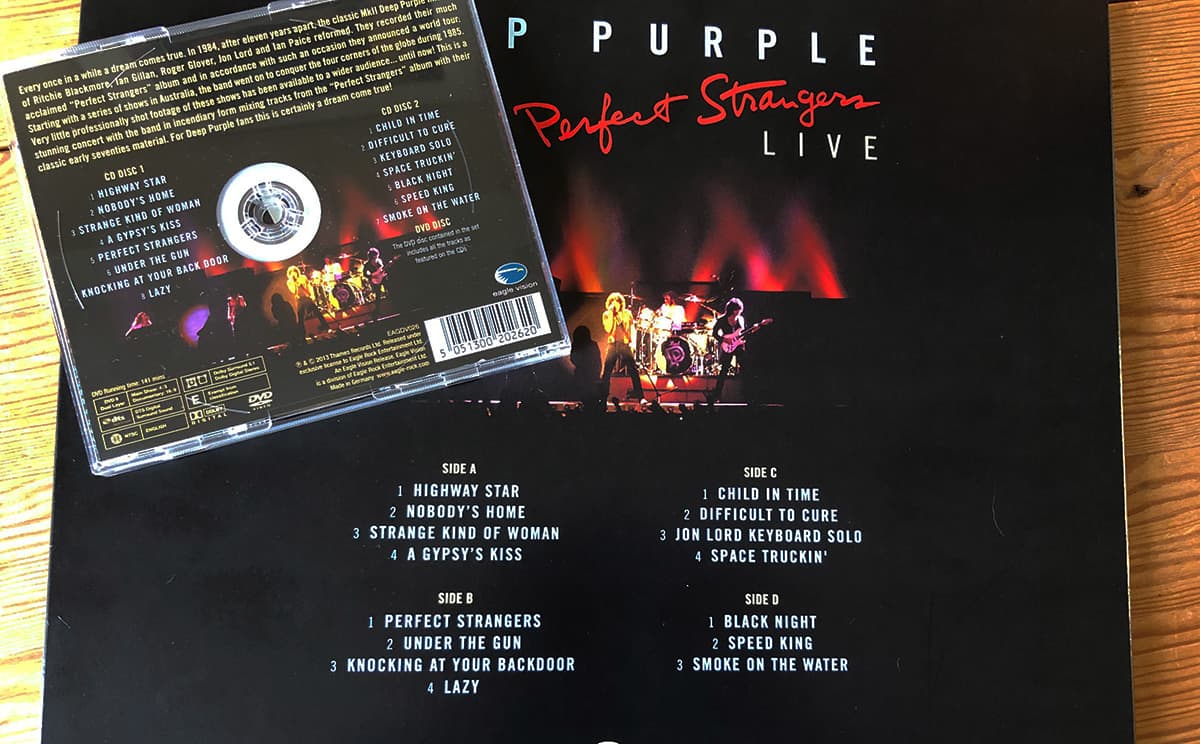