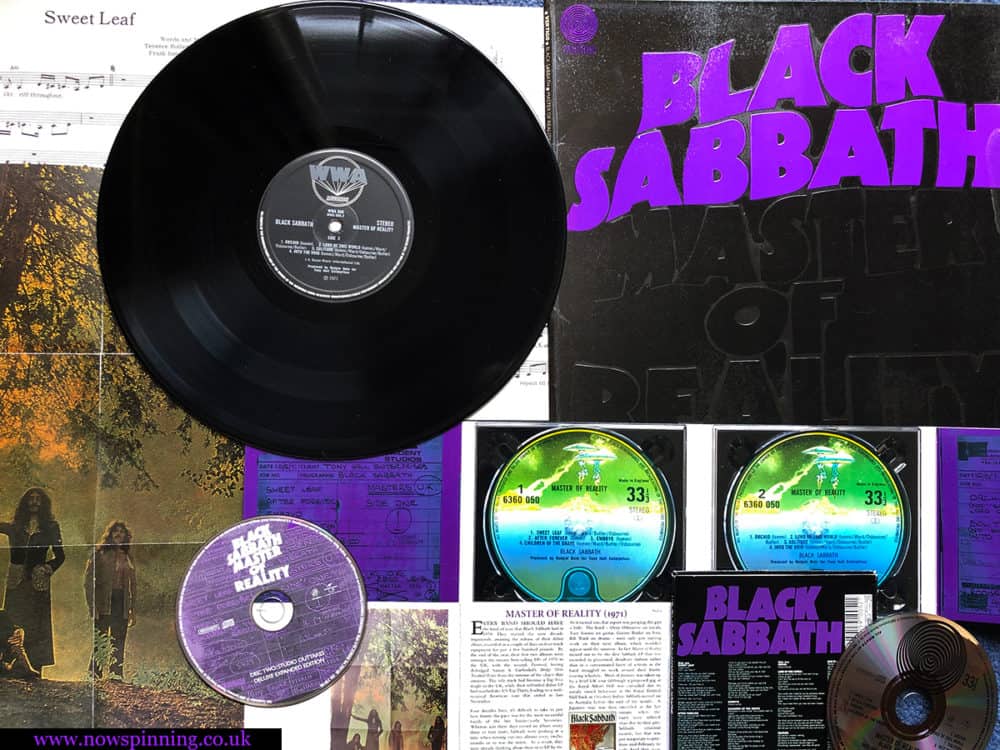 Master of Reality was not the first Black Sabbath album I owned or heard. My first exposure to Black Sabbath was via Sabbath Bloody Sabbath in 1973. I then went to Paranoid, Vol 4, Black Sabbath and then landed on Master of Reality in 1975. Why did it take two years to get around to hearing it? Because it was before the internet and Youtube, I was still at school and albums were expensive. When I left school in 1975 I used my first few months wages to fill up the gaps I had in my Led Zeppelin, Deep Purple and Black Sabbath collections. I also bought Sabotage in 1975 so it was a busy year!

Each Black Sabbath album is different, but is there a heavier album than Master of Reality?

Try and imagine what this must have sounded like in 1971. We had Fireball by Deep Purple, Led Zeppelin 4 and Look at Yourself by Uriah Heep but none of them came close to this. Each of those albums was heavy, but they came with light and shade, Black Sabbath was dark and shade!

The album opens with Tony Iommi coughing and goes into a guitar riff that is heavy and menacing. This was music at a primal level. Even the sheet music for Sweet Leaf was vague with the instruction that the guitar riff was to be played throughout with an ad-libbed solo! (On the original vinyl the track was listed as ‘Sweet Life’)
The drug references were lost on me in 1975 I am not sure I understood what it was about but I knew I wanted more of it.

Next up was ‘After Forever’ which has to be the darkest Christian song ever recorded. The image of Black Sabbath up to this point (and for decades beyond this) was that Sabbath were involved with the dark arts and were a bad influence on young minds. The song Black Sabbath and N.I.B certainly would have sown the seeds for this image although the songs are warnings rather than a recruitment drive.
Nothing could have been further from the truth, and this song illustrates this well. The lyrics are an openly positive message even if the music hides it well.

After a gentle guitar interlude called ‘Embryo’, we are then taken into the classic ‘Children Of The Grave’ A timeless environmental horror story that is more relevant now than it ever was. Geezer Butler’s lyrics in this period were spot on. They are once thought-provoking and equally easy to remember. The delivery by Ozzy Ozbourne just adds to the message behind each word.

Side two opens with another instrumental ‘Orchid’ before easing into the epic ‘Lord of This World’. There are some fine riffs and solos in this track and it also featured on the bands last ever world tour.

Then we have the ballad ‘Solitude’ but being Black Sabbath, the melancholy is turned up to 11 with the song dripping in sadness and personal loss. A lonely flute drifts through the air after each line from Ozzy. Don’t listen to this in the dark or on your own!

Everything that Black Sabbath had done so far was to get to this point, every riff, lyric and sound was for this track.
The opening riff seems quite jolly (for Sabbath) before we reach a brief pause. Then Tony Iommi unleashes the riff he was born to write. Possibly the heaviest riff of all time, with double-tracked guitars striding through the aural landscape with Geezer Butler’s bass and Bill Ward’s drums rumbling and powering the song along.

Lyrically it is again an environmental tour de force warning humankind about pollution and war. The solo section features some stunning and emotive playing from Tony Iommi with fearsome double bends and deep gorgeous riffage.

Over the next few years, Black Sabbath progressed and became more sophisticated but this was a point in time when the sound they were developing had truly arrived. Nobody else sounded like this anywhere.

The vinyl album was quite a lavish affair with a package sleeve opening from the top. This contained the album and a large poster of the band in the woods. (The popularity of heavy metal bands being photographed in the woods probably started here!)

Not every version had the poster, some vertigo pressings seemed to miss this out while the WWA pressings did include it. Some pressings also used the Vertigo sleeve with a WWA record inside!

Deluxe 2CD Version : 2009
This is the one to have and the second CD contains some treasures. The main one being the unreleased track ‘Weevil Woman’. 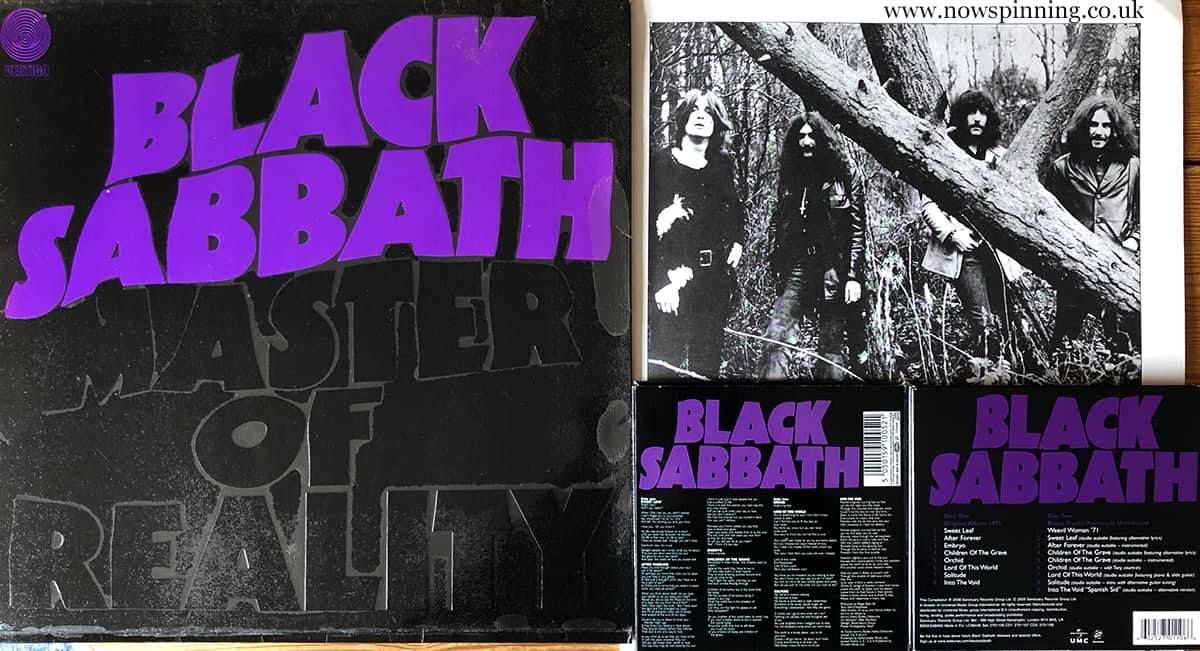 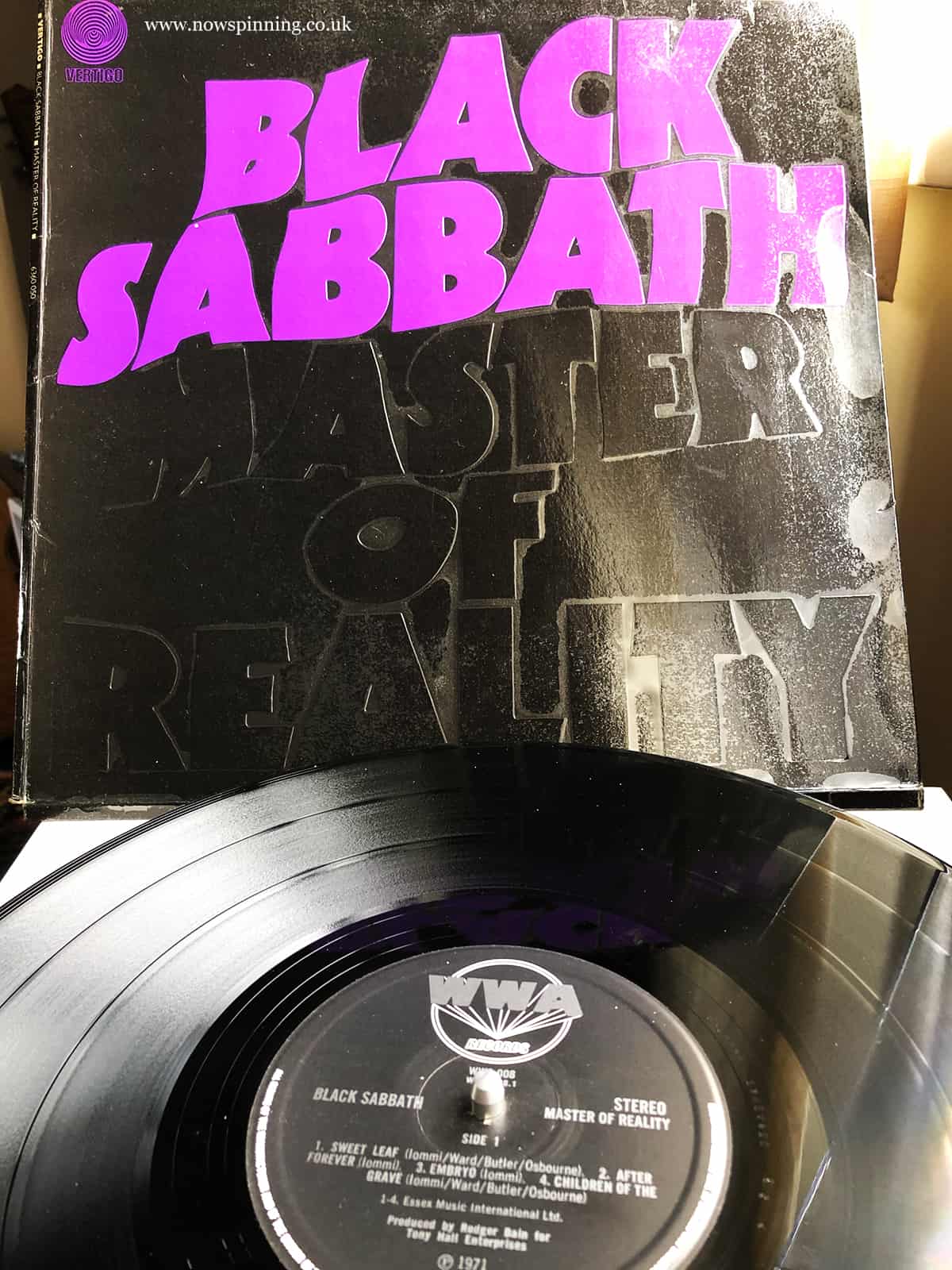 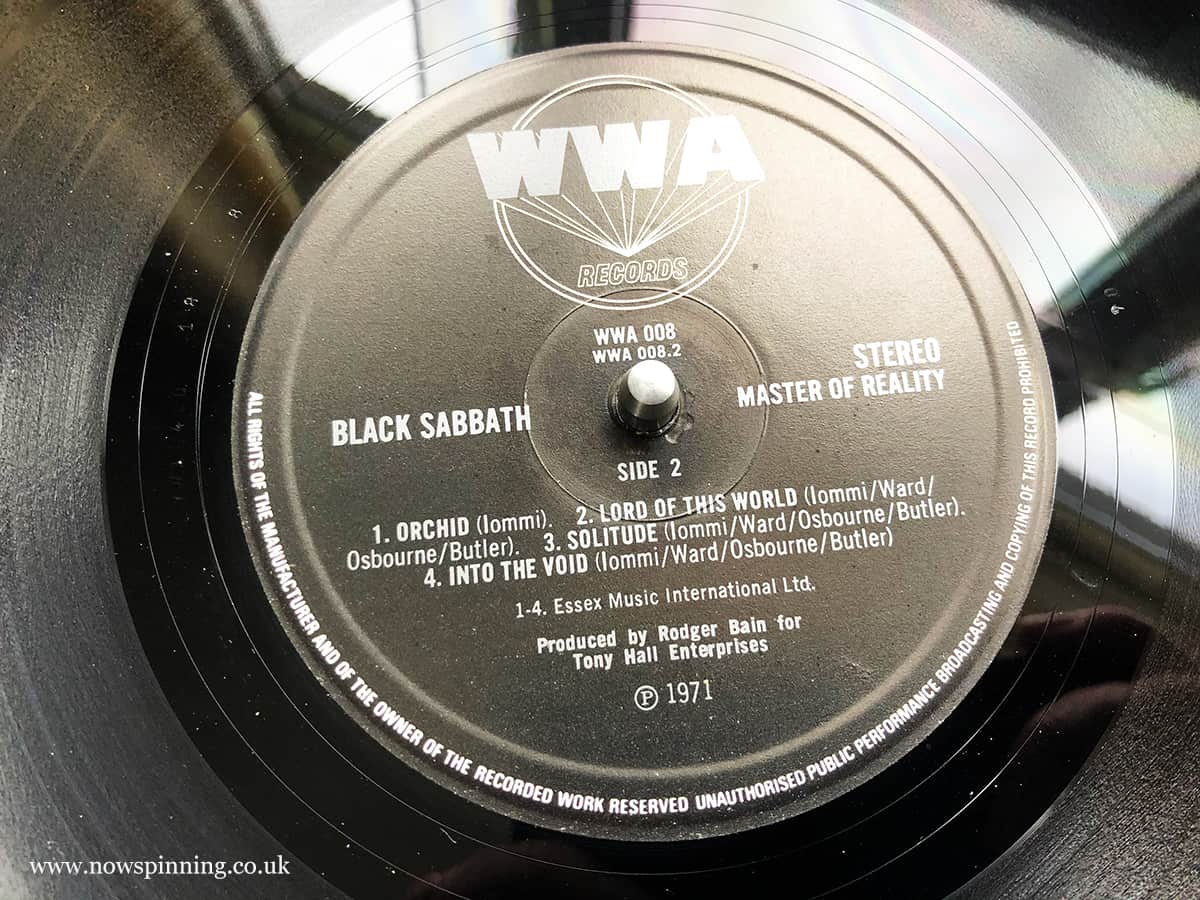