Please watch the video above for the full tribute

Here is my Tribute to Burke Shelley the bass player and vocalist for Rock Legends Budgie. This tribute is for fans who loved the band and for new rock fans who are perhaps just discovering Budgie or want to know more about them. Budgie were far more than a rock band, they were actually very funky in places, had the best song titles in rock and should have been a lot bigger than they were.

Today I am going to play Breadfan, Parents and Zoom Club – what would you play?  Phil Aston

Burke Shelley a celebration of his legacy.

Phil has already spoken eloquently and movingly on the recent passing of the legend that is Burke Shelley. To add to that tribute, we thought an insight into the significant and lasting legacy that Burke has left for us all to enjoy was worth sharing. If you’re new to the band there are pointers to selected tracks of Budgie’s phenomenal output and if you’re already a fan, maybe a few reminders of the highlights on these great albums.

In those pre-internet days of long ago, there were few sources of information on rock music: we had the ‘papers’ (Sounds mainly, Melody Maker or NME), we had Alan ‘Fluff’ Freeman and then TV on the Radio – Tommy Vance and his weekly rock show on Radio One or our fellow music lovers who we’d meet up with at school or the Youth Club and swap names of bands we loved. That is a longwinded way of letting you know how I discovered Budgie when, back in 1971, a school friend even went so far as to lend me their self-titled debut. I have loved them ever since the crushing riff to ‘Guts’ poured out of my speaker; that was before I saved up my paper-round money and bought a stereo!

Budgie are the most criminally underrated band in the history of music and, from their inception in South Wales in 1967 they were always going to be different. After dabbling with the name Six Ton Budgie, they decided that a small bird was a suitable moniker as it was diametrically opposed to the heavy, heavy rock they were about to unleash, and shortened it to just Budgie. Together with guitar maestro Tony Bourge and drummer Ray Phillips, they formed a true power trio and began, through countless live appearances to gain a substantial fanbase. Although that never translated into major success via album sales, they continued to write their own rules for playing original heavy rock.

Each album featured at least one amusing, clever and/or strange track title – ‘Hot as a Dockers’ Armpit’, ‘Napoleon Bona-Part One’, ‘If I Were Britannia, I’d Waive the Rules’ ‘Nude Disintegrating Parachutist Woman to name a few and it fitted with Burke’s sense of humour and considerable writing skills. They also included softer, acoustic songs of aching beauty as a counterpoint to the bludgeoning rock. Each album was clothed in a suitably budgie-fied image: often a human figure anthropomorphised with a budgies head, or skeletonised budgie aircraft or a budgie-fied cockerel…more of which, later.

In the studio and live, the power Budgie conveyed was greater than could be believed from just three musicians. Some would try to label them as ‘Prog’ due to their intricate time changes; some compared them to Rush (a trio with a bass playing, octave destroying singer) but Budgie was there first and laid down a magnificent series of albums that may not have sold in huge numbers, but had a profound effect and influence on music lovers like me as well as the stars of the future. It is a mark of their significance that Iron Maiden, Alice in Chains, Metallica, Megadeth, Soundgarden, Van Halen, Melvins and Queens of the Stone Age, to name a few who have covered Budgie’s music and there was a tribute album, in 2019 by The Bandolier Kings which featured none other than Tony Bourge and Steve Williams alongside a supporting cast including Ian Haugland (Europe), vocalist/guitarist Tony Spinner (Toto, Paul Gilbert), and drummer Peter Hermansson (220 Volt, Talisman)…and it’s actually pretty good.

As I said, it all started for me with the self-titled album from 1971, and that is as a great place to start your own exploration of this special band. ‘The Author’ & ‘Nude Disintegrating….’ start off quiet and then assault the ears. ‘Rape of the Locks’ (about a haircut!), ‘All Night Petrol’ and ‘Homicidal Suicidal’ continue the barrage. Two short acoustic interludes, ‘Everything in My Heart’ and ‘You & I’ provide a breather on each side of the vinyl. I am already running out of superlatives before I start on the second masterpiece, ‘Squawk’. Try ‘Rocking Man’ for sheer inventiveness, or any of them really. ‘Baby Please Don’t Go’ on ‘Never Turn You Back On a Friend’ is the best cover ever done of the 1935 Big Joe Williams classic.

‘In for the Kill’ gave Budgie their first charting album and gave us the likes of the brilliant ‘Zoom Club’ and majestic ‘Parents’. Album five came along in 1975 and ‘Bandolier’ oozed class rock with a minor diversion into a slightly more commercial feel on the Andy Fairweather-Low song ‘I Ain’t No Mountain’ although their interpretation still had weight. It also contained the pure class of ‘Napoleon Bona – Part 1’ and ‘…part 2) .

In 1976, a switch of labels coincided with a shift in weight distribution with the cunningly titled ‘If I Were Brittania I’d Waive the Rules. I’m not certain if the misspelling of Britannia as “Brittania” was on purpose but it fits with the feel of the whole album with genius lyrics and riffs on such great songs as ‘Black Velvet Stallion’, ‘Quacktors and Bureaucats” (again, a play on words) and the title track.

In 1980 came Bourge’s swansong, the underrated ‘Impeckable’ with the irresistibly funky ‘Dish It Up’ and rock ingenuity on ‘Melt The Ice Away’. With the deft guitar skills of John Thomas bringing a different approach, the new lineup’s full-length debut, ‘Power Supply’ ensured the rock kept on rocking: try ‘Gunslinger’, a track with everything. They did release an earlier EP ‘If Swallowed, Do Not Induce Vomiting’ with four great tracks added as bonus tracks to later CD reissues. ’Nightflight’ followed in 1981 and seemed at first listen to have lightened again: close listening reveals it just became a little more subtle as the excellent ‘Reaper of the Glory’ demonstrates.

The final release before an extended hiatus was ‘Deliver Us From Evil’. This too had subtlety beneath the heaviness: ‘Truth Drug’ and the gentle to heavy “Flowers in the Attic’ which out progged prog.
We had to wait until 2006 for Burke to return (now with Simon Lees on guitar) and a tour to support the new album, ‘You’re All Living In Cuckooland’. It delivered all the promise the Budgie name evokes: weight from the brilliant ‘Falling’ and heartfelt with ‘Love Is Enough’. There have been compilations and live albums you should also seek out as well a rarities release called ‘The Last Stage’ which has a great version of ‘Nut Bush City Limits’ with slide guitar!

It was while touring ‘…Cuckooland’ in Poland in 2010 with Craig Goldy on guitar, that Burke first suffered an aortic aneurysm that curtailed his career.
Although this is primarily a salute to the magnificent talents of Burke Shelley, I’d also like to remember other participants who are no longer with us:
On 3 March 2016, John Thomas died at the age of 63.
In February 2018, former drummer Pete Boot died at the age of 67.

Burke Shelley died in hospital in Cardiff on January 10th 2022 at the age of 71.

His talents, humour and musical legacy will be long remembered by music lovers across the globe, and I send my condolences to his family and friends.
Thank you Burke, for every note, song and album: you made a difference. 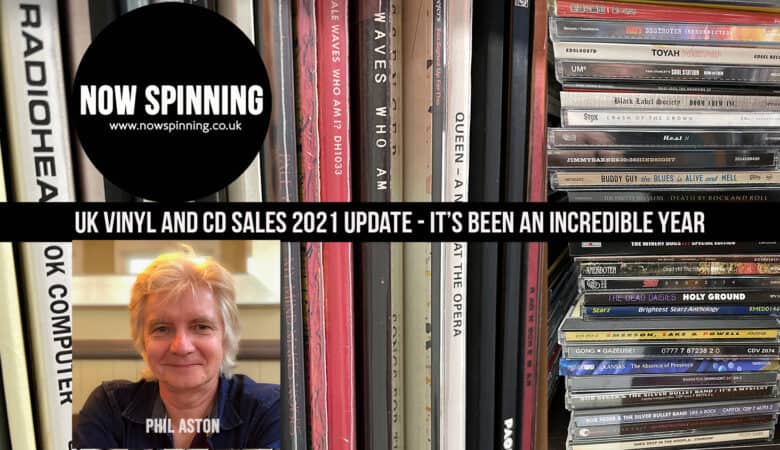 Vinyl sales are the highest for 30 years but CD sales are still higher! – A Great Year For Music

Hi Phil – thank you for the heartfelt and suitable tribute to a vastly underrated band, bass player especially and singer.
Like you, I found out about Budgie through the music chats with mates…I was recommending Fireball and one of the lads suggested Budgie…their first album hadn’t been out long and, as I heard the first refrains of Guts, I became a lifelong fan. Burke was a genius, melodic bass player who effortlessly played rhythms that pinned everything down and yet were, in isolation, like a bass solo on every record…and while he was singing!
So I would add Guts to your recommendations; my other all time favourites would be Black Velvet Stallion off the superb If I were Britannia I’d Waive the Rules, an epic amongst epics. Also up there is Stranded off Squawk and (to select one of the many strange titles he was so fond of) I’m Compressing The Comb On A Cockerel’s Head off their very last album from 2006, We’re All Living In Cuckooland…different but such quality. (I won’t list my copy of an excellent live performance, Dodge City as it’s a bootleg so don’t tell Clapton, from a USA tour and is superb.)
Much missed since his illness and even more so now he’s no longer with us.
I would add my condolences to his family too and reaffirm the fact that Burke was and always will be a mountain amongst bass players and a major architect of heavy rock as we know it. Rest in peace Burke.