Please watch the video for the full review

I think Mick Box came up with the album idea coming back from a gig, but this is a classic album by Uriah Heep. Regular viewers and readers hear me talk a lot about the holy trinity of rock music being Deep Purple Black Sabbath and Led Zeppelin, but just behind were band number four and that band was Uriah Heep. In some ways, they never really caught up but that is probably unfair when you look at the great music they are still creating to this day.

This was the first album of Uriah Heep’s I ever heard. I borrowed it, from the school library in the early 1970s. I was really getting into heavy music back then and heard this was another band I might like.  Deep Purple were my main band and as soon as I heard the Hammond Organ I was hooked.

Strangely enough, I did not buy the album until years later as when I first heard it it was 1973 and me and my other school friends all asked for Uriah Heep Live 1973 for Christmas.  This was a bit like Machine Head and Made in Japan by Deep Purple. Money was short and the live albums seem to be the best bet!

The vinyl copy of Look At Yourself is quite hard to find in good condition but there are also at least 3 CD versions out there.

In this video, I give my own personal reflections on the album and review the following

This version I recommend is the 2CD Deluxe Version. If you are new to the name Uriah Heep please find July Morning and listen to that first. Is it a song that became a big anthem during the cold war in Eastern Europe. Vocalist David Byron sings his heart out on it. It was made up from about three separate songs that they couldn’t quite finish, and they basically glued the parts together and became July morning, It is one of Keyboard player and guitarist Ken Hensley’s finest moments (Watch my Tribute to Ken Hensley)

July Morning has the same stature as Deep Purple’s Child in Time to me,  I just love it.  The album also has classic tracks like Tears In Your Eyes, Love Machine and the title track Look At Yourself all of which still feature in the live set. 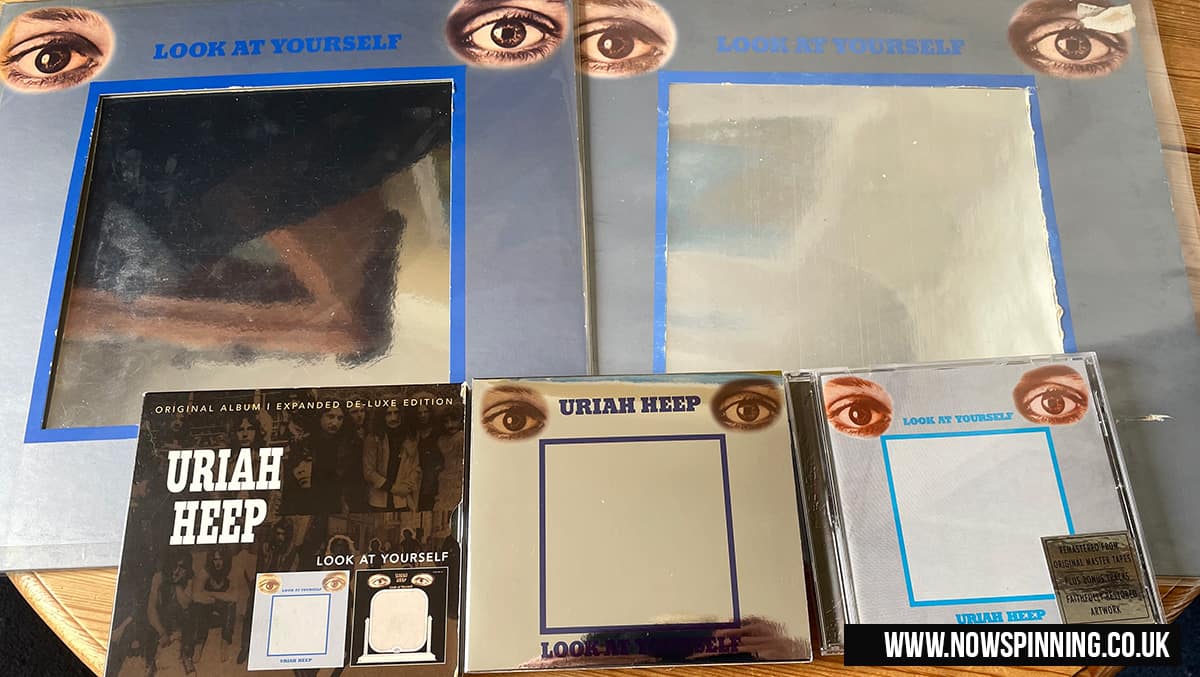