I just wanted to say a few words about hearing that ken Hensley has suddenly, and sadly passed away. This news also coming so soon after Lee Kerslake’s passing makes it even sadder.

To me, he was one of the last great hard-rock Hammond B3 players although he was more than that because he also played a pretty fearsome slide guitar as well. When I was growing up in the 1970s there was Jon Lord from Deep Purple and there was Ken Hensley from Uriah Heep. There were other well-known keyboard players like Keith Emerson and Rick Wakeman but they were more PROG than the hard rock and Heavy Metal that Purple and Heep were known for.

Ken Hensley and Jon Lord followed a similar path, Jon had his Concerto for Group and Orchestra and Ken had the epic Salisbury showing their imaginations knew no bounds when it came to creating great music. So although they were both great Hammond players, Ken Hensley was also a fantastic songwriter and he was a key part of Uriah Heep’s global success. Hensley was not afraid to take the band in different directions either and he soon became the main songwriter for the band.

The band was pushed really hard in the early 70s to release two albums per year and Hensley rose to the occasion even recording his brilliant solo album Proud Words on a Dusty Shelf in 1973.

My favourite moments are from the Live 1973 album, the slide guitar playing on Tears in Your Eyes, the Hammond / keyboards on July Morning and the incredible soloing on Gypsy. Some albums did make some Heep fans wonder where they were heading but albums like High and Mighty has some brilliant songs on them. Fallen Angel saw them go quite poppy but there were superb songs to be found, Falling In Love, Whad’ya Say and Fallen Angel. Then there evergreen classics like Rain, Circle of Hands, The Wizard, Easy Livin, Steelin, Pilgrim, Free Me, Wonderworld and the huge international hit Lady in Black.

Ken Hensley was also a very talented vocalist helping to create those unique vocal harmonies that gave Queen a few ideas later on! His Hammond Organ also helped give W.A.S.P, Cinderella and Blackfoot additional depth to some of their albums and his solo career with Live Fire also saw some tremendous albums released.

“I am in deep shock at the news Ken Hensley has passed away, and my sincere condolences go to his family and wife Monica. Ken wrote some amazing songs in his tenure with the band, and they will remain a musical legacy that will be in people’s hearts forever. RIP Ken” Mick Box – Uriah Heep

Thank you for the music 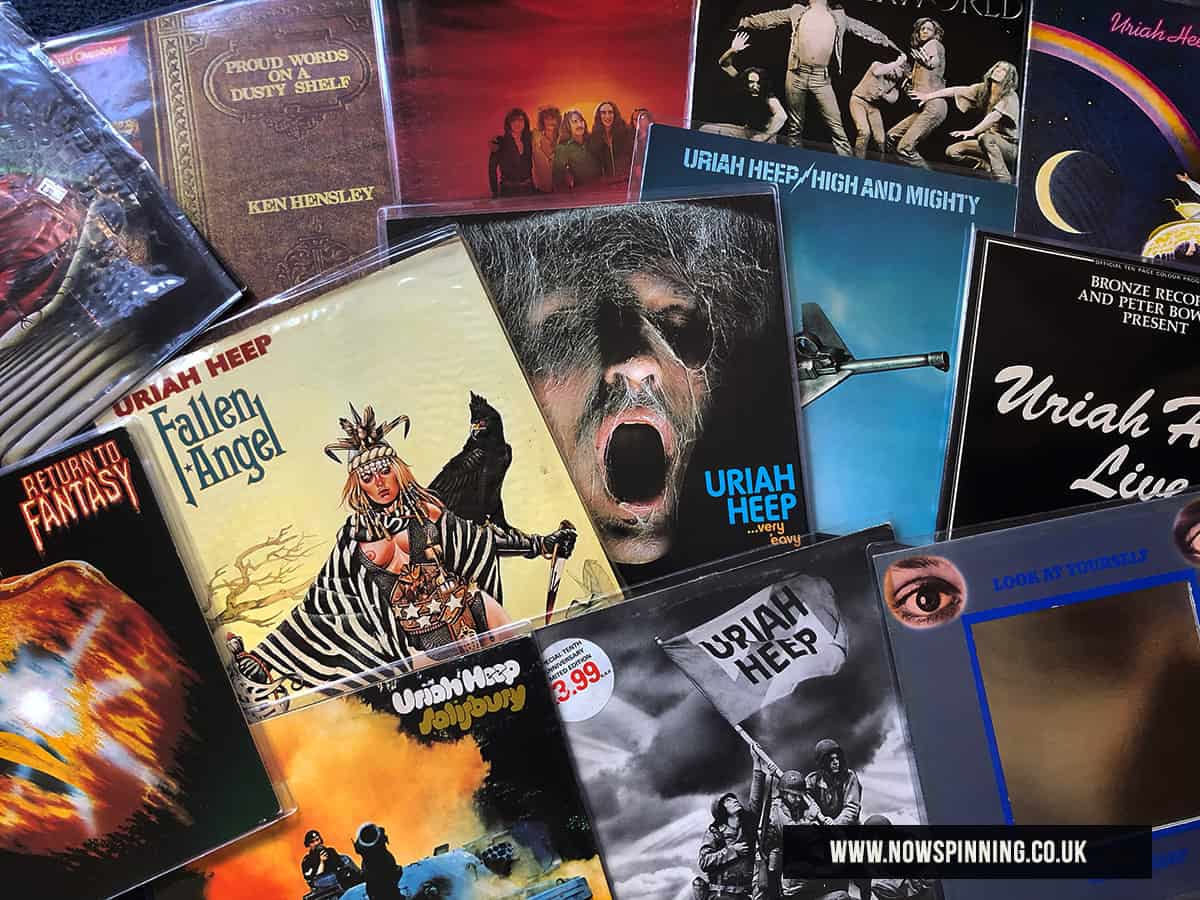