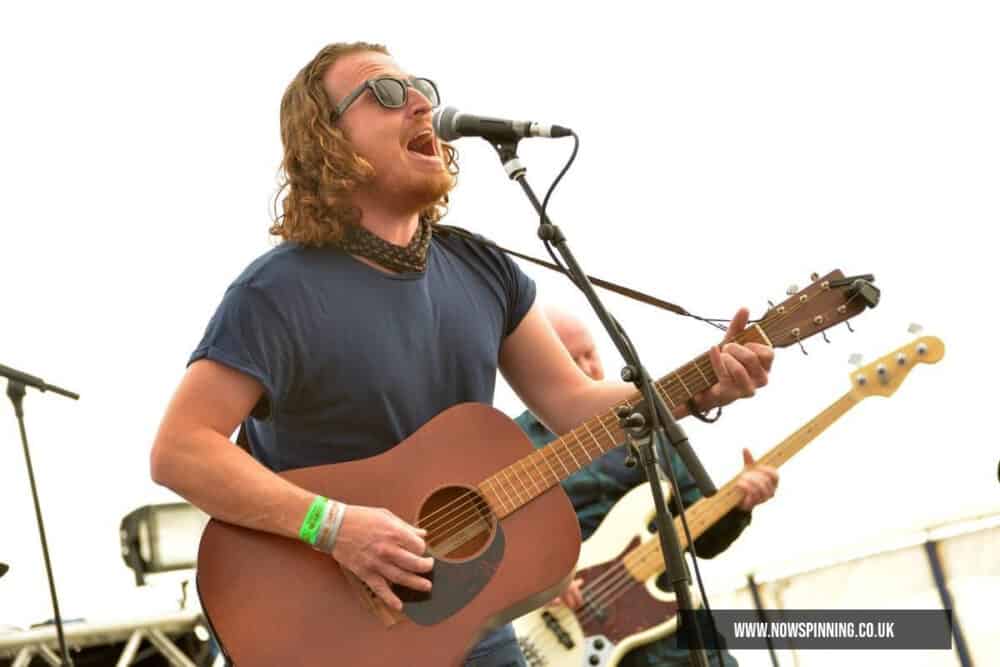 Although Now Spinning was founded on bringing attention to many bands, albums, and doing our best to promote physical releases, we are also very keen to help promote new music and new artists.  We get a daily influx of items to review, but have to be strict in focusing on actual CD or vinyl releases, and we also have to enjoy the music.

This brings me to ‘Spent The Morning Watching TV and Looking Through My Phone’ by John Wallace Wheatley. I will admit my interest was drawn to the title first (was John spying on me?) and then this bright yellow CD arrived with a distinctive logo and artwork.

The music is a breath of hope and light in these COVID and lockdown strewn times. It might be raining outside, but with this playing, the sun edges out from behind the darkest of clouds. The album has a real 1970s feel. I can imagine being home at my parents waiting for Sunday lunch with the radio playing a playlist of soul, R&B and Rock music. This album dances across all those genres, and at the same time creates its own sound.

There are many highlights, Heartstrings, Last Man Standing, Neurotic Dancer, Cemetary Smokes and the epic The Morning Never Came.

Although name dropping what an artist sounds like can end up with you putting them in a virtual box, with a new artist is does help you get a feel for the music. I can hear the Doobie Brothers, The Style Council and Phil Collins, but there is also a lot of soul. This is soul with guitars. Imagine The Isely Brothers with Sam Cooke, then add Steve Cropper and Peter Green on guitar and you will start to get the picture.

The songs are well structured and flow together really well. They work well as an album and each time I play this I let it run all the way through. There is nothing to skip over here at all.  The production has a very live feel and the vocals and harmonies are gorgeous. There is also lovely Mellotron playing from Andy Fairclough and as I type this ‘I’ve Only Just Realised’ is playing and John’s guitar solo is just perfect!

To help you get a better feel for the album and the artist, John agreed to do a short interview with me. Details of how to get a copy of the album can be found at the end of this feature!

Please tell our readers a bit about yourself – how did the album come about?

Hello! I’m a happily married father of two from Hertfordshire with an unhealthy interest in film, music and Tottenham Hotspur.
As frontman of British Americana act, Suburban Dirts, for the last ten years I’d only get the chance to express a very small portion of my interests. With the band on a break, I thought I’d take the opportunity to delve into my love of soul, pop and rock amongst other things.

Looking at the lineup you had a lot of support from your family. How did you get the musicians together?

I always have a lot of support from my family and it’s always important to have Jodie, Bo and Sid (my wife and kids) perform on my records.
I’d recorded the last Dirts album and my cousin, Donald Byron Wheatley’s album at Reservoir Studios with our friend Chris Clarke, from Danny and the Champions of the World, on production and engineering duties. It was a no brainer to go back there for my album and make use of Champ’s drummer Steve Brookes, Andy Fairclough on mellotron and Chris Varley from the Dirts on bass. When looking for the right backing vocalists, producer Chris suggested Robin and Joe Bennett, from the Dreaming Spires, and the rest is history.

I am so pleased you made the decision to release a physical copy of your album, so many new artists don’t do this. Was it your intention to always release a CD copy?

Part of the fun is having the finished product in your hand, which you don’t get if everything digital. I love album artwork too. The original plan was to release on gatefold vinyl which opened up to reveal a board game, with dice and counters included. Unfortunately, a great band called The Texas Gentleman had exactly the same idea and beat me to it earlier this year.

There is a definite 70s vibe to the album. I can hear the Doobie Brothers, Style Council (and Phil Collins on ‘Neurotic Dancer) in some of the tracks. Was this deliberate or by accident?

I like those artists but don’t really listen to them very often, though I believe they are influenced by similar artists so it makes sense that there are similarities. Now you mention it, I guess ‘Neurotic Dancer’ could be a Phil Collins track from the eighties.

Who are your main influences?

What is the story behind the Cemetery Smokes 2 and 1 and why do they appear on the album in that order? The second one has a great blues-rock feel.

Thank you. My wife and I were looking around London’s Bunhill Fields Cemetery when a huge black gravestone caught our attention. When we took a closer look we could see that it read ‘Here Lies John Wheatley’. I thought that was really cool and eventually wrote the verses for Cemetery Smokes to tell the story. When it came time to record the album I noticed I had a bunch of songs that were kind of soul-pop and a bunch of songs that were rockier and darker so I had the idea of having two different versions of ‘Cemetery Smokes’, each to represent the different styles of the album and the different way somebody would react to seeing their own name on a gravestone.

One of the highlights for me is the song ‘Last Man Standing’ which features some fantastic singing, what influenced this one?

‘Last Man Standing’ is one of the oldest songs on the record, I tried to blend together various styles without it being too jarring. The intro and chorus part has a kind of Isley Brothers feel, the verses have a little of The Band about them and the middle eight, for me, sounds like something from The Beatles’ later albums. It was written from the perspective of one those guys that never grew out of his early twenties – a slave to pubs and cocaine that ends up lonely and desperate yet retains this false sense of confidence and smugness like a delusional Will Ferrell character. It’s a fun one to sing.

You have a very interesting logo, was this your concept?

Over the last couple of years, I’ve been obsessed with an artist called Don Hertzfeldt. He makes these animated shorts with simple animations that are filled with interesting ideas that stay with you for a long time. He’s been a big inspiration into my foray into animation, I animated all of the videos for the record, but you can clearly see his influence in my album artwork. The character in my logo shares similarities with characters in his short films. I really hope he doesn’t take legal action.

Which is your favourite song on the album?

Hard to say but “Neurotic Dancer’ has a lightness and playfulness that I’ve struggled to capture in the past. I’ve always wanted to write a song that would work over a fun montage sequence in a film, like ‘You Make My Dreams’ by Hall & Oates.

I’ve Only Just Realised is another track I have had on repeat play, the guitar on this is fab. Which guitarists have influenced you over the years in terms of your style and sound?

My favourite guitarists are Steve Cropper, Peter Green and George Harrison. Having played acoustic guitar in Suburban Dirts for so long it was a lot of fun to go back to electric, but I had to kind of re-learn how to play lead. I’m still re-learning.

The Singularity sounds like a personal observation on being a musician and the current state of the music business. Was this the case?

Yes, to a certain extent. Some have commented on how its an inditement of the modern music industry but I was actually trying to express my frustrations at my own inability to navigate it. I don’t feel comfortable performing to people, but I love performing. I was also interested in how the world now has access to unlimited information on handheld devices and, for the most part, people tend to be more interested in looking for problems and bad news than things that make them smile.

My favourite track overall is ‘The Morning Never Came’ I just love the instrumental section and feel of the song, this would be great live!

I feel like a good album should have a grand ending and it had to be this song. My friend and Dirts drummer, David Austin, is doing his Philosophy PhD and a few years ago he told me about this idea in which you can experience a thousand lifetimes inside the moment that you die, this explains why people see their life flash before their eyes when they go into cardiac arrest on the operating table. It’s an idea that I love and has informed a lot of my creative work over the years.

Once live music is allowed again will people be able to go and see you live?

I’m actually playing an album launch show on the 12th December. Socially distanced and fully respective of Covid protocol, obviously we could only sell limited tickets but they sold out immediately so people are definitely keen to get out and see some live music. I’ll be playing a solo set and then I’ll be joined by my good friends, The Chain Gang, for a glorious sing-song. Tickets to access a live stream of the event are available now.
I’m also putting together a band to hopefully perform the songs live next year when things get back to relative normality.

The next two questions are about what you collect – What was the last album you bought?

I just bought Sault’s ‘Untitled (Black Is)’ on vinyl. Love that record.

Do you collect any artists yourself?

I do. I have a hell of a lot of Beatles, Dylan, Stax & Motown compilations and everything Sam Cooke has ever done. Love Sam Cooke.

Where is the best place for people to hear this album and buy a copy for themselves?

It’s available on all of the greedy bastard streamers like Spotify and Apple Music but if you want to go right to the source you can buy a CD from my Bandcamp page. If you get in early enough you might be lucky enough to get free stickers and badges.
Order From Bandcamp

Do You have a website, social media channels, and where people can connect with you online?

What plans do you have for the future?

Lockdown afforded me the opportunity to write some short film scripts and finally get to work on a series of animated shorts called ‘Going Up?’ Andy Fairclough has created some wonderful music for it and Gwylim Lee, who played Brian May in the Queen biopic, Bohemian Rhapsody, has very kindly put in some guest voice work. I’m really excited about it and hope to have it out in 2021.
I’m also arranging and co-producing the follow up to Donald Byron Wheatley’s ‘Moondogs & Mad Dogs’ album. It sounds incredible so far so watch this space. 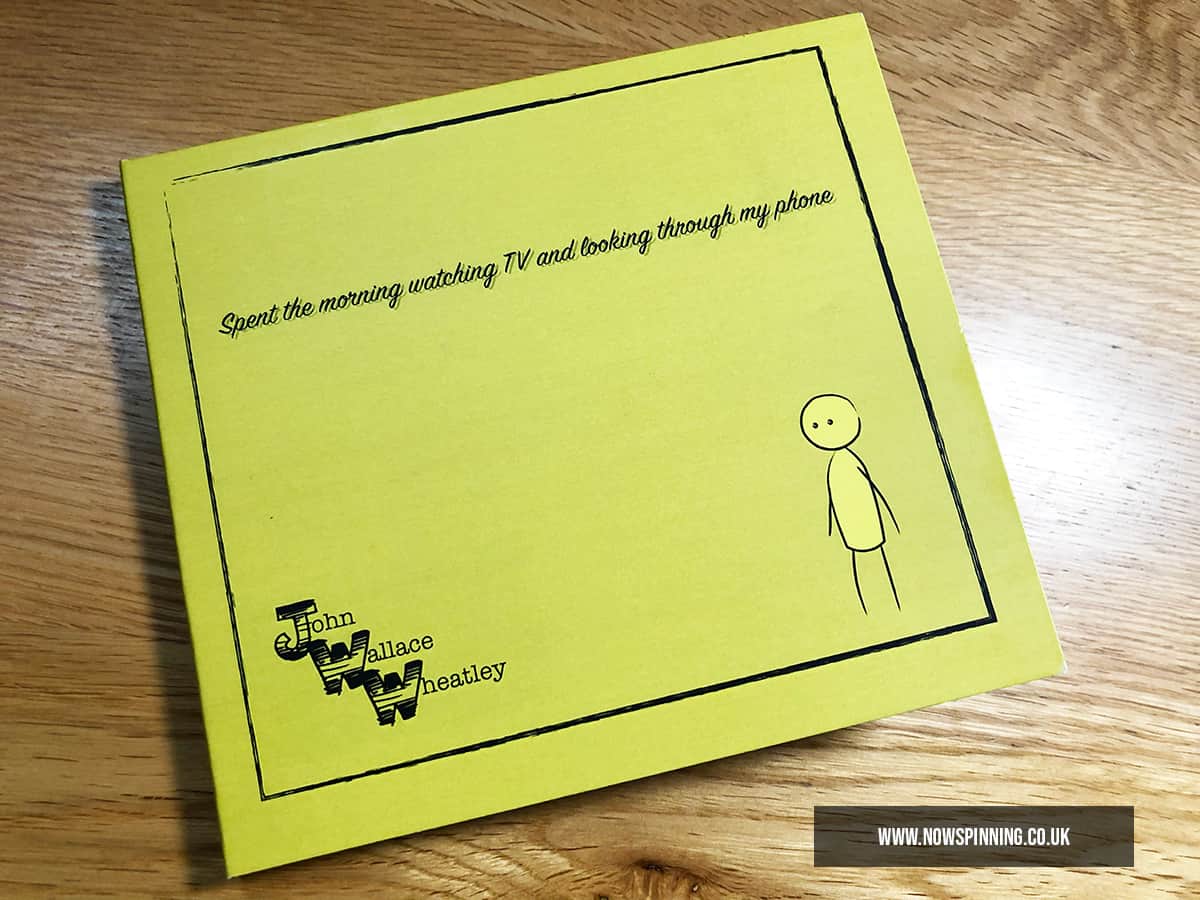 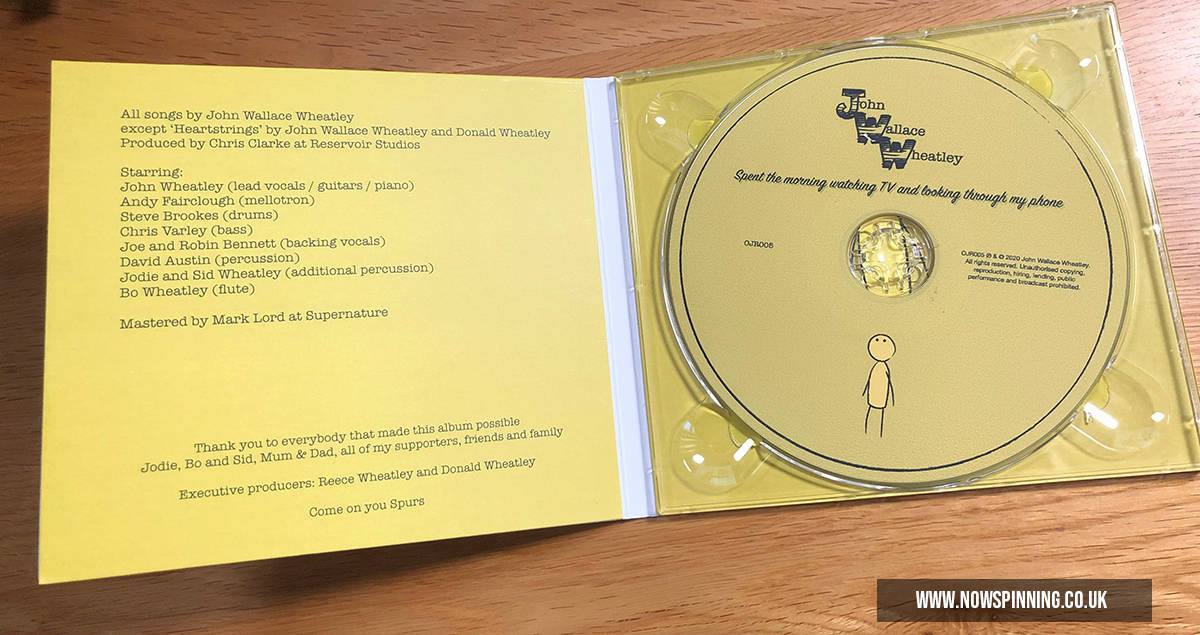 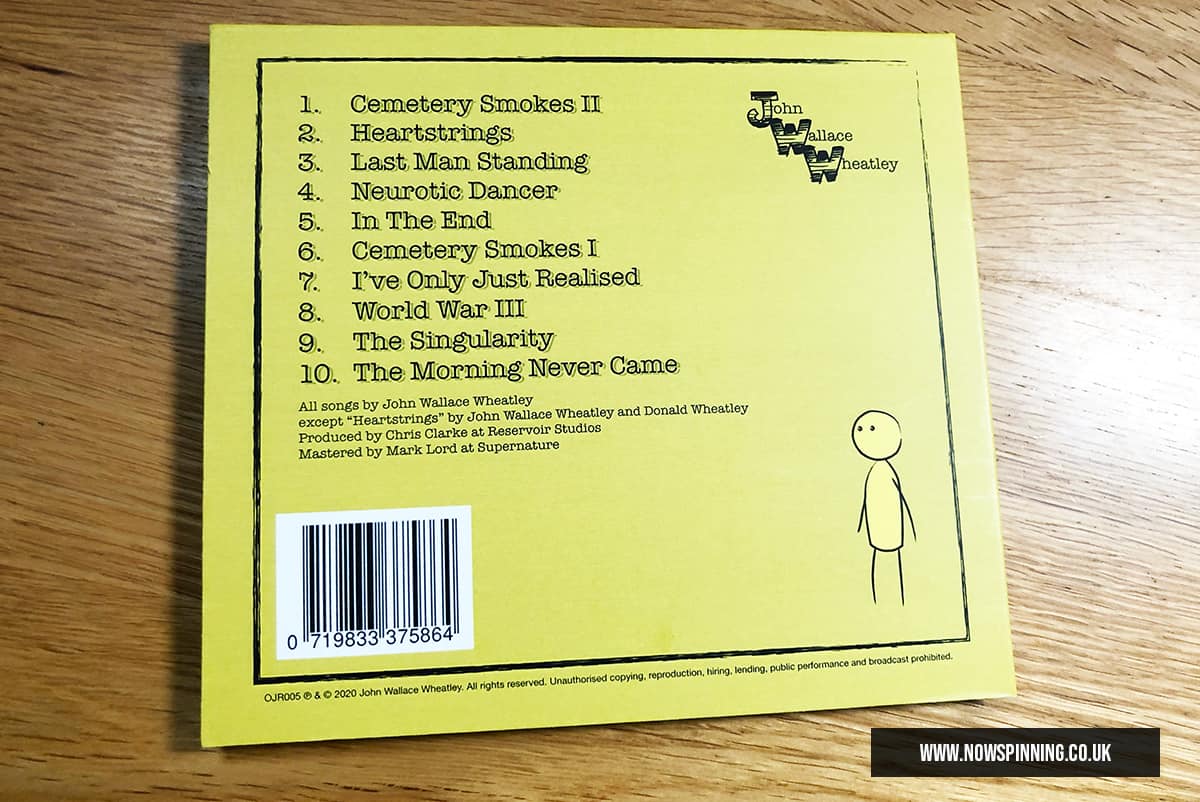