This is my second video looking at the career of guitarist and vocalist Rick Derringer. This video covers the Solo Years from 1973 – 1980 which are available in this superb 4CD box set from HNE via Cherry Red Records.

The box set contains All American Boy from 1973 Spring Fever from 1975,  Guitars And Women 1979 and Face To Face from 1980. All the albums are in single card sleeves but the set does include a very informative booklet with an essay by Malcome Dome.

All American Boy is his classic album and is this a perfect rock album as it shows off his prowess on the guitar and also his songwriting and vocal capabilities.  I do play this a lot and also have the original gatefold vinyl album on Epic Records. This album contains some real Derringer classics like Rock n Roll Hoochie Koo, the superb instrumental Joyride, Teenage Love Affair and Jump, Jump,Jump.

The second album is Spring Fever and although good does not reach the heights of what came before or after. I think Epic Records were really pushing his image as a teen star at this point. The album seems to lack direction. It does contain Still Alive and Well and a remake of his earliest hit Hang On Sloopy.

Next up is Guitars and Women, come so quickly after the Derringer album If You weren’t So Romantic I’d Shoot You this is another album that flies very close to the Cheap Trick sound which Rick was following. I really like this album and it has some great tracks on it. My favourite is It Must Be Love which has a fantastic riff and chorus.

The final album in this box is Face To Face, and this is my favourite Rick Derringer album of all time. This is the one where, for me, everything came together. This is not like the pop-rock material or the almost heavy metal tracks from Derringer, this one is just killer from start to finish. This one should have launched him into the 1980s and made him a household name amongst fans of melodic rock. Songs like Runaway, You’ll Get Yours, Big City Loneliness, Burn The Midnight Oil and just wonderful. There is a live version of Jump, Jump, Jump and then a jaw-dropping version of Neil Young’s My My, Hey Hey (Out of The Blue)  both recorded at Uncle Sam’s, Hull. I really hope one day the whole of this concert is released because these tracks feature some of the best guitar playing I have ever heard from Rick Derringer. 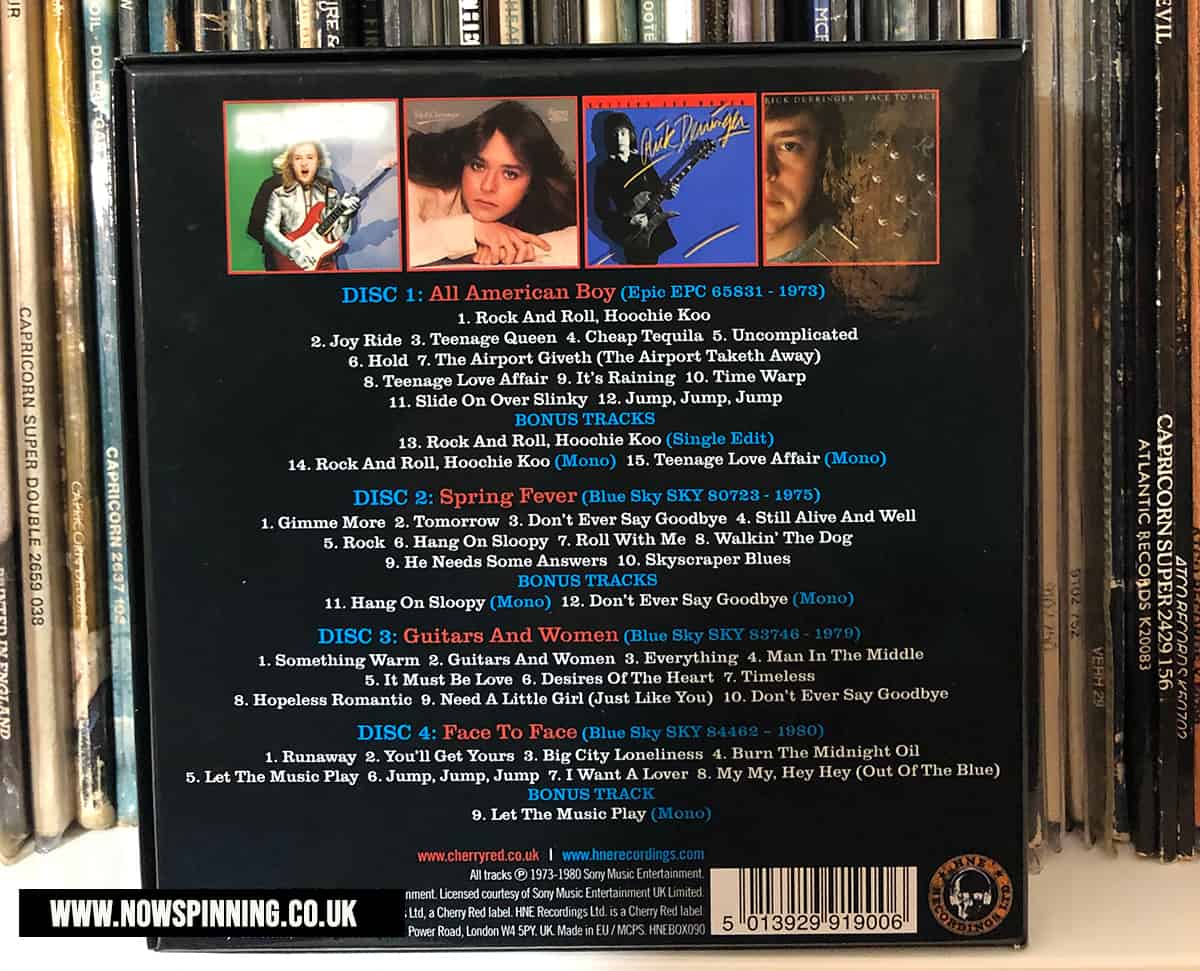 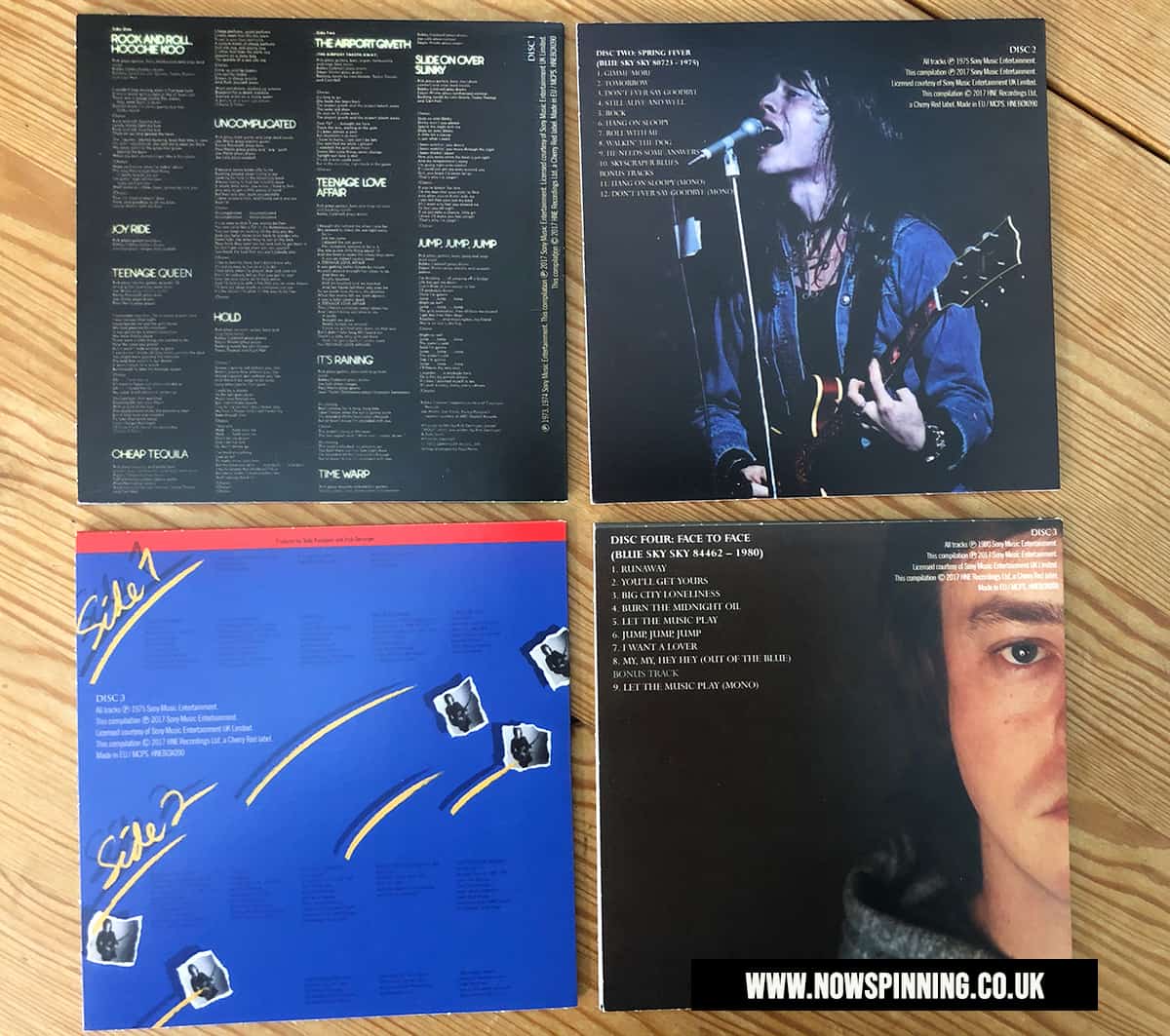 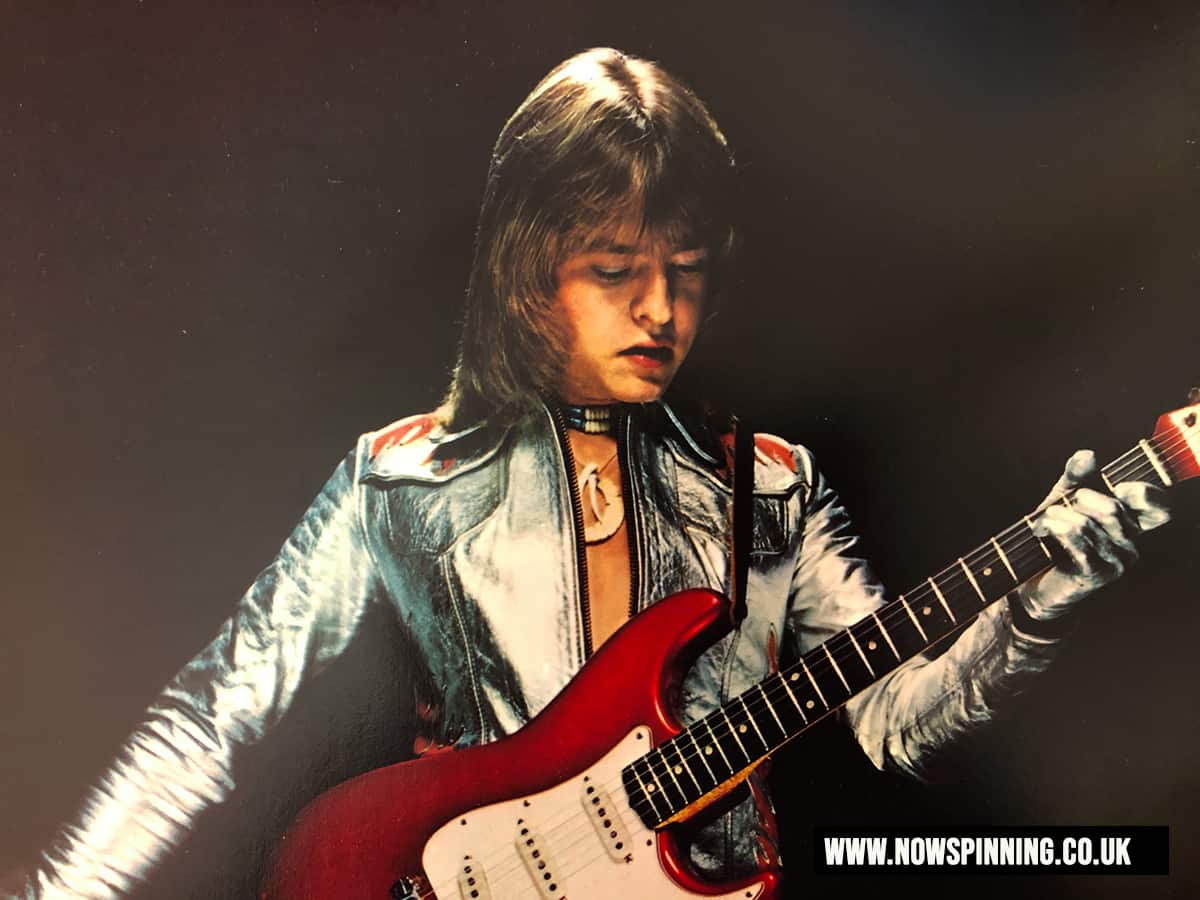