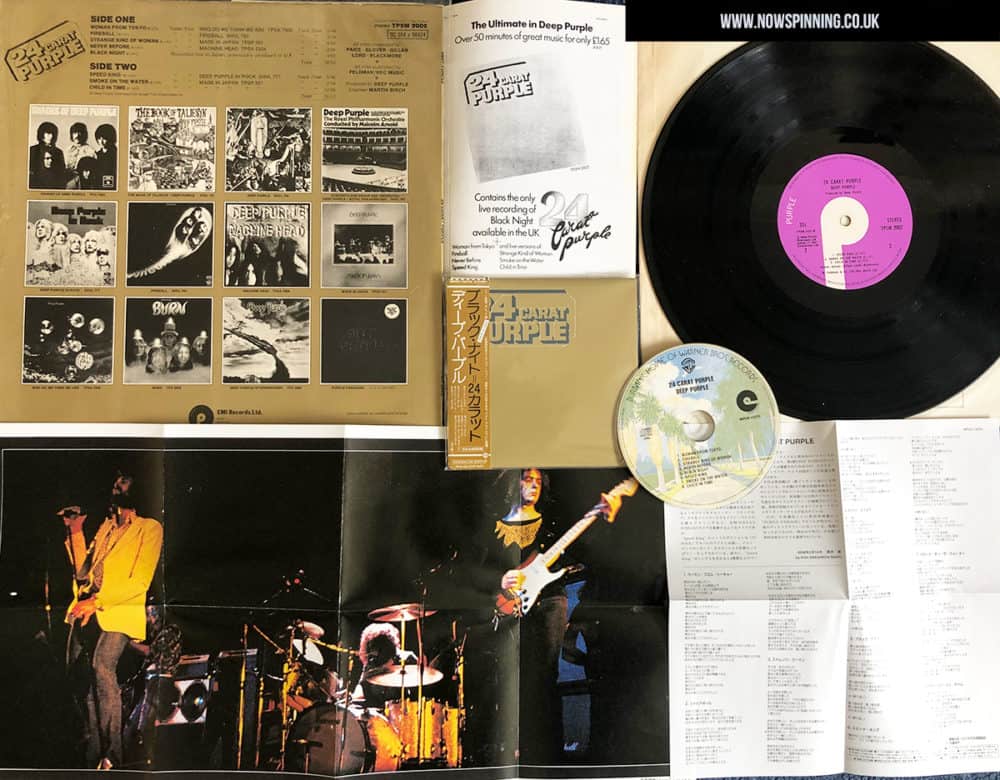 Phil Aston30th July 20200 Comment
Deep Purple : 24 Carat Purple : 1975
Any best of or greatest hits album is a marketing tool to entice more people to the bands back catalogue.
The key to success is to include the most accessible songs (say where you can find them), throw in a rare track to reel in the current fans and then give it a price tag that makes it not far off the price of a single.
On May 2nd 1975 EMI did just that for Deep Purple and released 24 Carat Purple. Just a few weeks before the band had said they were taking a three-month break to concentrate on solo projects. EMI knew it was more serious than that with Ritchie Blackmore already working on the first Rainbow album, so 24 Carat arrived with a price tag of just £1.65.
In 1975 I still did not own all the Deep Purple albums then available, so I was spending my money to gain just three tracks, but the prize was Black Night Live. Pre-internet and streaming, there was no way to hear a rare track unless you had your own copy. This version was from the Made In Japan tour and had only been released as a B-Side on various singles in Europe (see a couple of examples below). However, the version on 24 Carat Purple was still unique as the mix was reversed!
Although a big album in the UK, it did not get issued in the USA. The Japanese version came with a large poster of the band. (This is included in the CD reissue)
The album was a massive seller going silver within weeks, and I am sure it was the entry point for many new fans of the band. The focus was entirely on the MK2 line-up, which seemed odd at the time with the Coverdale / Hughes version of the band still being together (well as far as the public knew).
The rear of the album featured the albums up until this point. To keep the neat layout, they added Purple Passages to the line up which was completely unknown in the UK at that time.
It may seem obvious to include tracks from the legendary live album Made In Japan, but this never happened again. All future Deep Purple compilations (and there have been many) focused on the studio tracks only!
Phil Aston 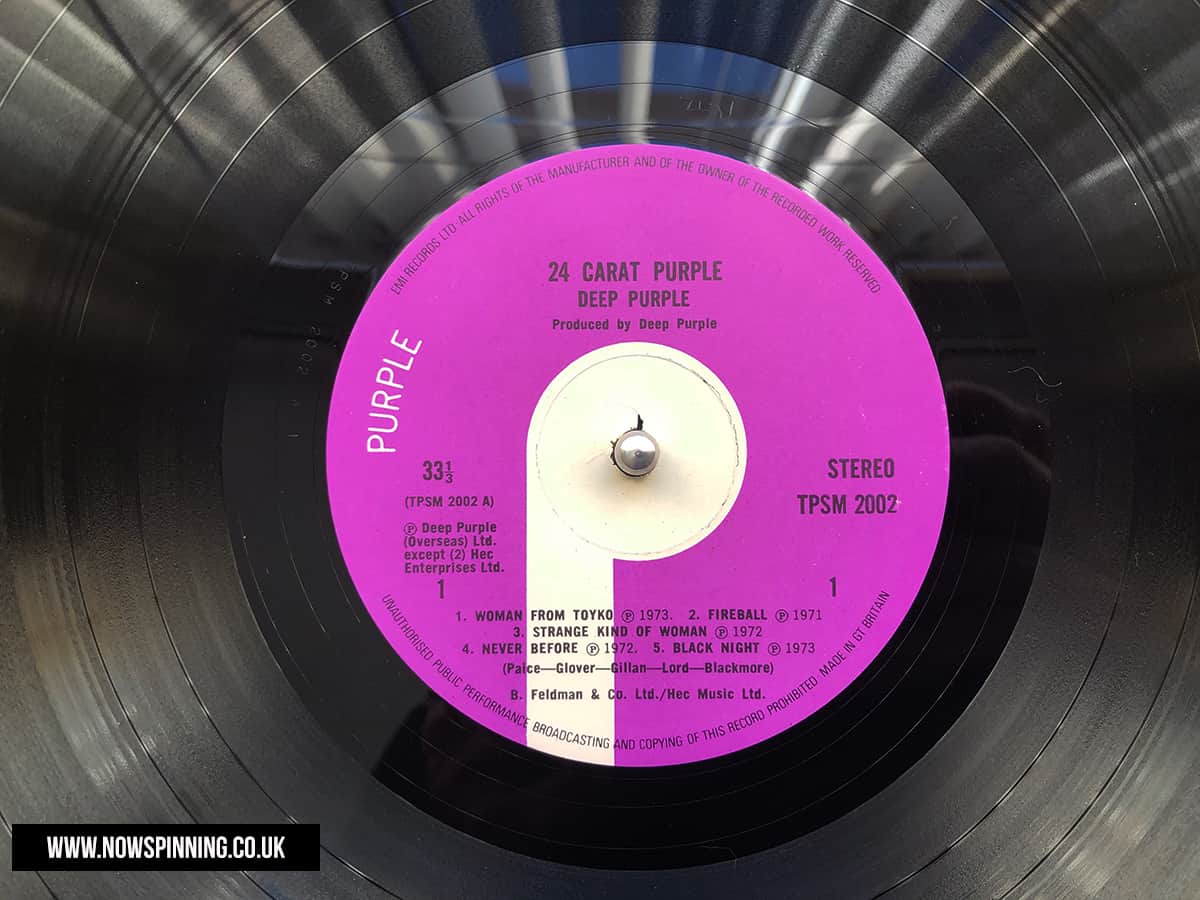