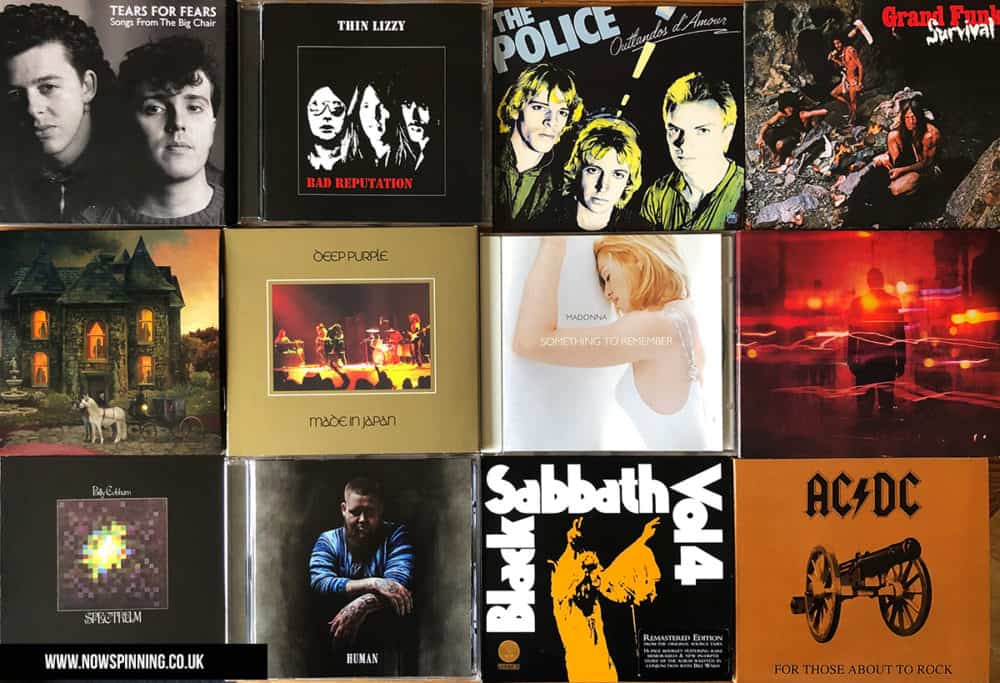 The Dilemma over Discovering New Music

When I was 10, my parents sat my brother and I down and saw “it’s about time you started collecting something”. I think this conversation was aimed at me and this was all about, influencing me with what my elder brother was doing.

My brother had already got a “fossil”, “rock” and “coin” collection and I think my parents had this romantic notation of me being a botanist, an ornithologists (bird watcher) or a naturalist (nature lover). Collecting feathers, wildflowers or rocks like my brother. It’s worth noting that a naturalist is very different from a naturist.

Maybe it was my father’s influence, that he was a Sound Engineer at the BBC that was surrounded by tape recorders and ….. records. Both the 33 1/ 3 and 78 kind.

I discovered music from an early age through my network, first it was school mates. Deep Purple Made in Japan, Black Sabbath, AD/DC, Scorpions, Ted Nugent. I see myself lucky that I grew up in the age of The new wave of British heavy metal (commonly abbreviated as NWOBHM), Punk, New Wave and Indie.

I remember my brothers friend, Nigel Vickerman, who was sadly lost to cancer in his early 50s saying “… if you like that record, then you would like Thin Lizzy – Bad Reputation”. A bit like Amazon does today, “people who purchased this, also purchased these other products”.

When I was at University the city library had an amazing record collection that you could borrow and expand your knowledge of bands without making a mistake. Buying a record, CD or in those days cassettes and realising it was rubbish.

Magazines like Q, Mojo, Uncut were also a source of discovery before the internet. When they started they seemed to be a hotbed of excellent journalism until they seemed to just re-print record company press releases. I recall, too many times buying an album that was “5 stars” only to get it home and realise it was rubbish. Two years later when the new album came out, even the artist admitted it was rubbish. As Johnny Rotten once said “Ever get the feeling you’ve been cheated?”.

More recently, as a subscriber to Spotify, it’s algorithm makes suggestions based on my previous selections. This is great, but my music discovery is supposed to drive me forward. Spotify I find feels like driving by looking in the rearview mirror.

Two years ago (I think) I joined the “Now Spinning” group on Facebook. It has 600+ eclectic music fans of different ages and different music genres. There is a rule not to slag people off, if somebody posts Michael Jackson, then it’s up to them. If you don’t have a good word to say then this isn’t the group for you. Why? Because this builds trust.

This community has become a melting point of (positively) exchanging ideas and better still discovering new music. I guess it’s partly the power of the network, but it also is about the trust and respect of the individuals. It’s interesting, for me, I’ve tested this a few times and if somebody says something is great and they post music that is similar to your taste, then the record will be great. In fact, people are very keen to protect their “reputation”. If somebody says a record is crap, it is.

At school, if you said you liked certain bands you would be taken behind the cycle sheds and beaten. By having an environment of mutual trust and support, nobody is afraid of posting what they like. For example, I’ve found bands like Riverside, Grand Funk Railroad, Jellyfish as well as Dua Lipa. Obviously this has an impact on your bank balance, so you need to be careful.

I’m not in any way, trying to “sell” you the idea of the Now Spinning Facebook Group, in fact, I can give you a long list of reasons not to join. But if you are interested in discovering new music, you believe in the power of the network and crowdsourcing and you can “play nicely with the children” this group, might be for you.

I’ve said many times I’m sure in the group that “new music” is merely stuff you haven’t heard yet whether it be from 2020 or 1950. Their is always something new to discover and Now Spinning helps in that direction musically if not financially lol.